The Effects of the Physical Environment on Children’s Development 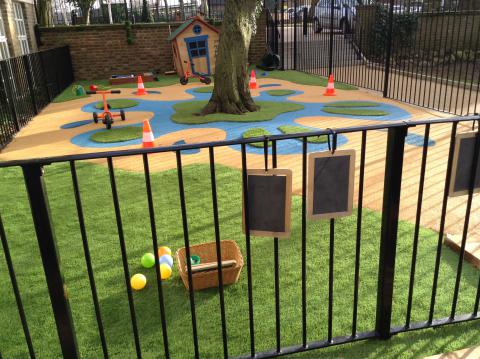 Guard against additional, interior noise sources. Individuals living in noisy environments often habituate, or become accustomed to the noise level. Aim to reduce the existing noise instead of adding other sources of noise.

Check the volume level on your child’s music devices (e.g., iPod, walkman; it is too loud if someone else can hear the music). If he listens to his favorite music too loudly, make proper volume adjustments. Also monitor the volume level on computers, televisions, and other electronic devices, keeping them as low as possible.

Engage your child. Children ignore and tune out speech as a way of coping with environmental overstimulation. Take notice if your child is not paying attention or listening to your speech and if so, intervene. Take your child to a quiet outdoor nature spot or a quiet indoor location such as the local library. This is especially important during the preschool and early elementary school years (ages 3-6 years) when children are learning to read.

Tune in instead of tuning out. Parents living under high noise exposure appear to withdraw, be less responsive, and talk less to their children. The natural tendency is to disengage from speaking and reading to children so as not to compete with the noise. These coping strategies negatively affect children’s reading and cognitive abilities. Be alert to the occurrence of these behaviors and counter them by talking to your child, reading aloud to her, engaging her in discussions, and actively listening to what she has to say to you.

Modify your environment. If your budget permits, consider purchasing extra noise attenuation devices for your child’s room for use during homework activities and sleeping. Ear plugs are a low-cost alternative.

Consider your child’s school environment. If you have a choice, send your child to a quiet, less chaotic school. This is particularly desirable if your home environment is also noisy. Be active in your community. The noisiest environmental conditions occur in low income and ethnic minority communities. One way to counteract this is to be active and involved. Ask your representative why it is noisier in these communities.

Seek information. If a major source of noise in your community is road traffic, check with your local planning department. Note that traffic volume is closely aligned with traffic noise levels. The busiest streets are usually the noisiest.