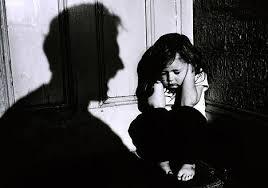 "In the violent family setting, there is constant fear and anxiety caused by the anticipation of violence; pain, humiliation and fear during its enactment; and, in older age groups, the loneliness of parental rejection, distrust, and at times self-disgust. Psychological violence may be the product of uncontrolled frustration, or it may have a similar purpose to that of corporal punishment: to cow a child into obedience and ‘retrain’ his or her unruly behaviour."

Many children find the pain and anxiety of rejection, and the humiliation of an attack on their self-esteem difficult to bear, while some go so far as to take their own lives. The UN Study cites research across five countries conducted by the World Studies of Abuse in the Family Environment (WorldSAFE) project, which indicated that shouting or screaming at children was a punishment practiced by parents in all five countries (Chile, Egypt, India, the Philippines and the United States). A study conducted among 2,000 children aged six to 18 in Swaziland found that humiliating psychological punishment was more common against older children, and corporal punishment more common among younger ones .

Of course psychological abuse takes place in schools and State-run institutions – not just families. Research has shown that the effects of bullying can last long into adulthood. Children are routinely subject to psychological violence, including verbal abuse, by staff in residential facilities; while in detention facilities the institutional treatment of children regarded as being anti-social or criminal is likely to be more physically and psychologically punitive than that of other groups or in other environments .

In 2010, the Committee on the Rights of the Child drew attention to the psychological abuse of, in particular, indigenous children in Argentina.

Laws should prohibit all violence against children, including all forms of corporal punishment and psychological abuse. For example, the Committee on the Rights of the Child noted in 2004 that in Antigua and Barbuda there were no local laws dealing with psychological abuse.

The World Health Organisation (WHO) has produced a guide on preventing child maltreatment, which includes societal and community strategies, relationship strategies and individual strategies.