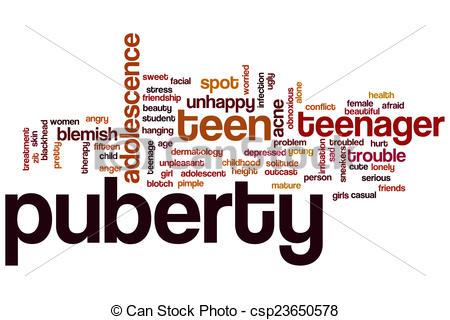 As the child approaches puberty, trips to the store for new trousers and shoes become more frequent to replace the old ones that no longer fit.

As the children step into their teens, their height increases pretty quickly and before you know it, they are of the same height as you. The height of girls can grow as fast as 8cm per year, while for boys this rate is even higher at 9cm per year. Perhaps this is the reason for the clumsiness associated with teenagers-- the minds of the teenagers can’t keep pace with their incredibly fast growing bodies. Read on to learn why teenage growth spurts happen and how to respond to it as a teenager yourself or as a parent.

Puberty is usually the reason behind the rapid rise in a teenager’s height. The increasing level of testosterone, also known as the sex hormone, does not only boost the development of the sexual organs in boys and girls, but is also the trigger which increases their height. The skeletal and developmental growth in teenagers is interrelated with each other meaning that you can easily get an idea about a teenager’s puberty by gauging the strength of the bones in his wrist.

When Do Teenage Growth Spurts Happen?

An average woman is almost 5 inches shorter than an average man. The reason for this is that during a growth spurt a girl only grows about 3 inches a year while a boy grows almost 4 inches.

As the teenagers approach puberty, their growth usually stops. Boys tend to reach puberty by the time they turn 17 while girls do the same when they are around 15 to 17 years old.

What Happens in Teenage Growth Spurts?

§  The bones of teenagers grow extremely quickly during a growth spurt, but the tendons and muscles do not. They remain inflexible and stretch until they become tight.

§  Lack of coordination is a common issue during this period as the teenager does not have the muscular structure to support his rapidly growing limbs and feet.

§  The chances of having an injury increases during a growth spurt.

§  The growth spurt targets the feet and hands of the teenager first and that ends up requiring new shoes more frequently.

§  After this, the legs and arms of the teenager begin to grow with the forearm and the shin lengthening ahead of the upper arm and the thigh.

§  The spine is the last one to grow. The final action of the growth spurt is the widening of the pelvis and the hips in girls while a broadening of the shoulders and chest in boys.

Genetics and ethnicity along with a number of other factors play a major role in defining how your child would compare to these averages. Every child’s body shape and size is different, similar to the case with adults. Kids grow at different rates with some children growing at a steady pace at all times and never having a spurt while other children might need new clothes every few months.

How Do These Changes Affect Teens?

Sleeping 9 and a halfhours each night at an average is what the teens require. The teens require sleeping longer because as the teens rest, their bodies get the chance to work internally for a longer period which enhances the growth rate.

As the body grows rapidly, the metabolism’s speed also improves and this is why an enhanced appetite and hunger is considered a sign of a rapidly growing body.

At this stage of the development of a teens’ body, it isn’t necessary that all body parts would grow uniformly. So, the teens sometimes might come across as uncoordinated and look very clumsy as they try to adjust with an oversized limb that has grown a lot more than the other body parts in a matter of days.

Not being at the same stage of physical development as their peers can cause young teens a lot of distress and anxiety, as all of them want to fit in with other children. Teens who stand out amongst their peers are usually ones who either mature early and are more physically developed or mature late and are less physically developed.

5. Difference Between Boys and Girls

Maturing early or maturing late effects the girls and boys differently. Research shows that girls who mature early start to date early because of the pressure they face from their peers to start dating. Since their emotional development might not be at the same stage as their physical development, usually such girls go through phases of depression and anxiety. On the other hand, boys who mature early physically are considered mentally mature as well and so, their parents start expecting too much from them and weigh them with responsibilities far beyond their age. Such children gain popularity and assume leadership roles amongst their peers.

What Should You Do As a Parent?

Having an understanding of the behavioral and physical changes that a child goes through can help the adults and the teens in managing the transition easily. Here are a few steps that adults can take to show their support: