You Are The Key To Stopping Child Abuse 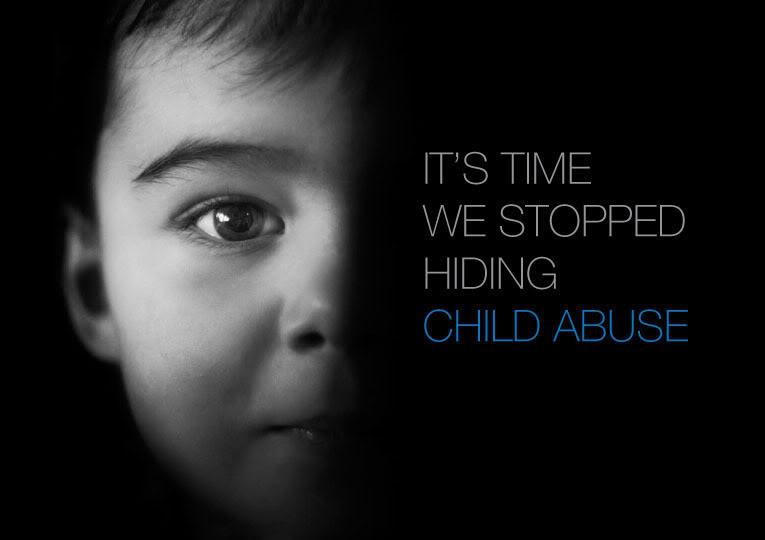 With a new niece on the way, I can’t help but become growingly concerned about raising awareness about child abuse, more specifically, sexual assault. This was always a worry on my mind with my nephew as well, as boys are becoming victims of child sexual abuse just as often as girls are, and it is up to the adults of this world to prepare the children of society of the potential dangers…

knew a couple who was recently married, had a gorgeous little girl and then suddenly, the wife kicked the husband out. When I inquired as to what had happened, she informed me that she caught her husband “messing” with their infant daughter.

Disgusting, right? Are you shocked that I just wrote down that disturbing story on screen? You may even wish I didn’t tell you what happened, but the truth is is that this is exactly why child abuse continues to be a huge issue today. No one likes to talk about this subject matter, and for obvious reasons, but without talking about it, we lack raising awareness and teaching children of the potential dangers.

By discussing child abuse, we are able to open up that gateway of communication to educate children and provide them with the comfort that if something was to (god forbid) happen to them, they’ll feel okay about coming out. It’s absolutely upsetting the amount of victims that keep their secret safe, just because the sexual predator told them to… And no one told them otherwise.

We need to reverse the words of the sexual predator and be pro-active about informing everyone that it is okay to speak about this disturbing topic, and maybe, just maybe, when the next little boy or girl is told to keep quiet, they won’t.

When it is out there that someone is a sexual predator, the rest of us have the ability to keep our children safe from potential danger. One of the biggest issues is that everyone seems to want to keep it a secret – even if the child comes forward.

There is so much shame and embarrassment surrounding sexual abuse, when in reality, no one should feel that way other than the predator themselves. Sure, no one wants to discuss what could potentially happen to their children, but avoiding the subject raises the chances of it occurring… Again and again.

One of the most important things we need to do is to inform children that a sexual predator can be anyone; a teacher, family member, sibling, stranger, babysitter, doctor…. Absolutely anyone. No one ever thinks that their grandparent could molest a little one, or that their doctor would do something so horrific but it happens…. And it happens a lot.

Now, in no way, shape or form should you tell your child that “grandpa” might be a pedophile, but you definitely need to let them know that their is potential danger everywhere and to never let anyone touch them inappropriately and if it happens, to speak up.

I was blessed with a father who was so adamant about this. At the mere age of 5, I was taught enough to inform him that I knew someone in the family was being molested by another family member. At the mere age of 5, I understood that those places on one’s body are not to be touched by anyone.  I may not have understood why, but I knew it was wrong and to speak up. At the age of 25, I am still speaking up against child abuse.

My dad informed all of us kids from the second we could comprehend words that if anyone was to touch us in those places, we need to tell him immediately. I remember at a very, very young age, I was going to the doctors to get a checkup. I happened to have a male doctor who was absolutely incredible if I might say so myself. I don’t remember if my Dad was in the room with me, I’m assuming so as I was really young, but I do remember afterwards I said to him that the doctor “touched me down there”.

Instantly, my Dad gently asked me several important questions; under or over the underwear, what did he do, how he did it? It was absolutely nothing and certainly no kind of molestation, but I knew right away that I was to inform an adult. Had I not known this, I could be sitting here writing this 20-plus years later, still wondering if what that doctor did was protocol or predator.

Speak to your children. Educate them, and more importantly, let them know that it is okay to speak, no matter how difficult, disturbing or uncomfortable it may be. You could save their life one day, as well as many other children’s.

Get your kids into some sort of self-defense program so that they have the ability to fight off any dangers.