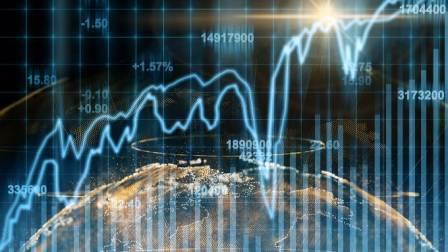 A 4-year-old girl recently came to the emergency room where I work as a resident doctor in Ghaziabad, Uttar Pradesh. She was writhing in pain, her body convulsed with seizures. My team and I moved fast to activate seizure protocol, secure her intravenous drip, and deliver all appropriate medications. We then performed a test: I blew air toward her, and she collapsed in pain; I offered her water, and her agony intensified sharply. The diagnosis was clear: She had rabies - and it was too late to save her.

The girl’s family knew that a dog had bitten her, but they had been told that traditional herbs would heal her, so they had delayed taking her to the hospital. She died after less than a day in our care. Had her parents taken her to a hospital immediately for the anti-rabies serum and the appropriate vaccination - she would still be alive. Her grief-stricken mother’s tormented screams still echo in my mind.

As a resident doctor in pediatrics, I am no stranger to death. But watching an innocent child succumb to an ailment that is so easily prevented by a simple intervention takes a severe toll. After all, the little girl I watched die that day was hardly an anomaly.

Despite significant progress on expanding global immunization, the World Health Organization reports that coverage has stalled at about 85 percent in recent years. According to UNICEF, nearly 20 million children under 1 did not receive the three recommended doses of DPT (the vaccination for diphtheria, whooping cough, and tetanus) in 2017, and nearly 21 million did not receive a single dose of measles vaccine. The WHO estimates that 1.5 million deaths could be avoided each year if global immunization coverage improved.

Moreover, there have been persistent shortfalls in delivering vitamin A supplements - an important component of immunization protocols, often administered alongside routine vaccines. This has contributed to blindness in 1.4 million people - 75 percent of them in Asia and Africa.

The story in my country, India, is consistent with this global reality. India has a strong health-care system. And in 1985, the government established the Universal Immunization Plan - a much-acclaimed program that aims to provide at least 85 percent coverage.

Yet, according to UNICEF, India’s national average for immunization stands at just 62 percent, with little progress having been made in recent years. India has more non-immunized children - 7.4 million - than any other country.

As is so often the case, immunization coverage reflects deep inequities. Children in rural areas are less likely than their urban counterparts to have received a complete set of vaccinations; girls receive far fewer vaccines than boys; and poor children fare far worse than wealthier ones.

The hospital where I work is located in the slums of Ghaziabad, India, which has a huge population of migrants who have left their villages in search of employment. Conditions are difficult: overcrowding, poor sanitation, and an erratic and low-quality water supply undermine the health of all residents especially the children. Substance abuse is rampant.

In many cases, both parents must work long hours to make ends meet. They lack enough money for healthy and diverse foods, leaving their children eating primarily the lowest-quality rice. Unsurprisingly, they have little time or resources to dedicate to meeting their children’s routine health-care needs, such as immunization.

This injustice is indefensible. It is only when we delve deep into the depths of truth do we realize the magnitude of atrocities in the world. Children falling ill, becoming disabled, or all too often dying from preventable causes is among humankind’s most shameful failings, particularly when one considers that, according to the WHO, no single preventive health intervention is more cost-effective than immunization.

While expanding immunization coverage is undoubtedly challenging, there is no excuse not to be making steady progress with low-cost, scalable, and sustainable solutions. To take top-down immunization schemes to the doorsteps of the disadvantaged, governments and civil society must work together to establish and expand efficient last-mile channels for vaccine delivery, accounting for barriers ranging from lack of awareness to out-of-pocket cost.

Had she been vaccinated against rabies, that 4-year-old girl could have lived, gone to school, made friends, fallen in love, experienced heartbreak, fallen in love again. She might even have decided to dedicate herself to studying to become a doctor like me. Instead, she died, having barely lived, in searing agony.

By Radhika Batra, a medical doctor, is Founder and President of Every Infant Matters, India.