Similarities between Child Trafficking and the Risks of Adoption 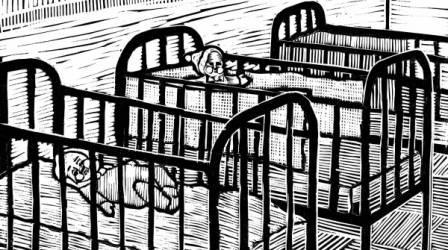 On July 19, 2018, the Directorate General of Internal Security Forces announced that the Information Division had apprehended members of a human trafficking ring operating between Lebanon and Syria accompanied by 130 persons (alraaiionline, 2018). This is run-of-the-mill news, as the illegal cross-border traffic between Lebanon and Syria is old news, just as with any other two neighboring states. Undoubtedly, this movement has intensified as a result of the ongoing war in Syria and the new conditions set to control the movement of refugees from Syria into Lebanon. In such circumstances, it is also foreseeable that gangs that facilitate illegal cross-border movement will proliferate, at times through bribes and at others by securing hidden rugged passages in a mountainous terrain.

Such movement is often classified as people smuggling, which witnesses major booms at times of war, in particular, despite all the associated risks. We still remember the news of the tragedy that claimed the lives of 16 Syrians who were buried in the snow during an attempt to enter Lebanon in pursuit of safety using a smuggling route (UNHCR, 2018). Women, children, men and elderly people are forced to take arduous roads in harsh weather conditions in the summer and in the bitter cold and snow of winter, which leads to the death of many of them, while dozens of them fall into the hands of gangs and security forces.

The July 19, 2018 incident, however, is of particular interest, as it was reported that there were 55 children in the group crossing the border, facilitated by the smuggling ring. Such news should sound the alarm regarding the reasons for such a large number of children, especially that the process of apprehending the gang was shrouded in mystery.

Many questions should be raised about the large number of children among the group of 130 people:

Were they accompanied by their parents?

If not, what could have been their fate? Is there a possibility that children smuggling was for illegal adoption?

This has not been the only incident indicating that children, especially those coming from Syria or born in Lebanon, could be victims of trafficking. The world is full of families–mostly foreign–that wish to adopt a child, but they prefer to bypass the long waiting lists and background checks to assess their suitability to adopt in their countries. Those families longing for a child are directed towards those parts of the world which are suffering from conflicts, natural disasters, and poverty, making a fertile ground for fast track adoption. The United Nations Children's Fund (UNICEF) issued a special report in 2014 to examine the risks of intercountry adoption and similarities with trafficking in children and whether the practice envisaged the best interests of the child. In this report, Nigel Catwell sought to show the similarities between trafficking in children and the global adoption movement. It is worth noting that the many reports highlighting the high demand for children for adoption have led to a global market for facilitation of intercountry adoption in illegal ways, especially in countries of origin. Most of the children adopted internationally come from poor countries or conflict zones, or through the illegal movement of refugees across borders (Cantwell, 2014). This is confirmed by many international reports, as the Hague devoted a full session on Child trafficking in the context of intercountry adoption in 2010 (Smolin, 2010). Badael-Alternatives has already announced that the trafficking of children from among the Syrian displaced exists in Lebanon, confirming the story that was reported by the Arab media and told by Franken Lamb, who admitted that he paid USD 600 for four children instead of the USD 1,000 requested by the woman who was accompanying them. The woman claimed that she had taken them into her care after the death of their parents in a raid on the city of Aleppo (MBC, 2016). However, this story, too, was swept under the rug and was not pursued transparently and publicly.

Unfortunately, conflict zones and the resulting internal displacement and cross-border migration are a breeding ground for traffickers, whose activities are viewed, both in terms of legality and a general social perspective, as illegal and punishable by law. But this trafficking has a hidden face relating to the movement of children in the context of illegal adoption. Many people turn a blind eye to such paths accommodating the general view that adoption is an act of charity saving an orphan from a painful reality and giving him/her the opportunity to live in the bosom of a foreign family. However, child trafficking for intercountry adoption. in the context of adoption is still considered as people smuggling and a very lucrative business, with a child costing up to USD 100,000.

This reality was documented by Badael-Alternatives into a database that has so far included more than 2,000 illegal adoption cases during the Lebanese war. The organization estimates the number of victims of illegal adoption across Lebanon at more than 10,000 children who were taken out to several countries, including France, Switzerland, the Netherlands and the United States (Allouche, 2015).

Over the last decade, Lebanon has witnessed the return of many of those who have been adopted in foreign countries as they search of their roots. They represent the first generation of adoptees who realized the basic need to know the truth and to understand how they were severed from their biological environment. This coincides with a global movement against adoption as a better shelter for children in need of alternative family care. It should be noted that this awareness was enshrined in the Hague Convention, which stressed the need to limit intercountry adoption as a result of blatant illegal acts in the form of child trafficking (Hague, 1993).

Although the general view of intercountry adoption is that it is a change for an orphan to have a new family, Graff (2008) refers to international adoption as «the lie we love». «Foreign adoption seems like the perfect solution to a heartbreaking imbalance: Poor countries have babies in need of homes, and rich countries have homes in need of babies. Unfortunately, those little orphaned bundles of joy may not be orphans at all,» he concludes. Many studies confirm that persons who have been forcibly separated from their biological parents are more likely to come in conflict with the law and be incarcerated. They often do not pursue formal education beyond the intermediate stage, and suffer from health, physical and mental problems. They are more likely to be addicted to drugs and are more likely to be unemployed and to experience homelessness (Iglehart, 1995). Many interviews with victims of intercountry adoption also reveal deep problems at the level of personal identity, belonging and the ability to create a connected family (Blackstock, 2011).

Child trafficking for intercountry adoption is a phenomenon concomitant with emergencies, wars, illegal immigration and natural disasters. It is a covert trade because it involves illegal channels such as cross-border smuggling, obtaining falsified documents, withholding information and financial transactions. The most serious consequences of this trafficking are the negative effects on the child and the adoptive family alike. The biological family, especially the mother, remains absent from the general picture.

An overview of international standards

In addition to the 1993 Hague Convention, which sets ethical standards for intercountry adoption of children, the Committee on the Rights of the Child, at its 39th session in 2005, noted the need to curb international adoption and respect international instruments for the protection of unaccompanied or separated children, reaffirming the following:

- Adoption of unaccompanied or separated children should only be considered after ensuring that the child’s status is suitable for adoption. In practice, this means that every step should be made to trace and reunite family members.

- Adoption must be done with the consent of the parents and not be induced by social and moral pressure, or by financial incentives.

- Adoption must be the result of a judicial decision.

- Unaccompanied or separated children must not be adopted in haste at the height of an emergency.

- Adoption should be in the best interests of the child and be carried out in keeping with national and international laws.

- The views of the child, depending upon his/her age and degree of maturity, should be sought and taken into account in all adoption procedures. This requirement implies that he/she has been counselled and duly informed of the consequences of adoption and of his/her consent to adoption, where such consent is required. Such consent must have been given freely and not induced by payment or compensation of any kind.

- In all cases, the child’s file must be stored and no documents falsified so that the child’s right to know is ensured and he/she can reconnect with his/her biological family.

- The adoptive family must undergo psychological assessments to prove their eligibility to adopt and it must acknowledge the child’s right to know.