Parents, stop worrying about if your kid is a happy camper 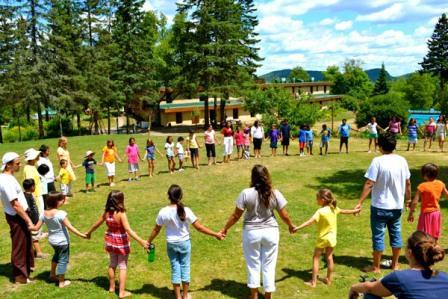 I recently eavesdropped on a table of three women I discerned had children close in age to my 11-year-old son, Thorin. They were talking about camp. I had some interest. My son attended two camps this summer and he has another two coming up.

The tone of the conversation changed quickly from lighthearted to somber when one of the moms gravely warned another not to look at the new photos on the camp's Facebook page. Her friend clutched at her neck. "Oh, no," she said. "What happened?"

I wondered, too. What kind of photo would a parent find alarming but a camp staffer think was appropriate for posting?

"It's nothing," the mom said, "but there are a ton of photos, and in a couple Abby is alone and doesn't look happy."

Now Abby's mom looked unhappy, too. The others made sympathetic noises.

I was stumped. Why would a solitary, mopey Abby be cause for alarm? Maybe Abby's feet hurt, or she was taking a break from her friends. Maybe Abby had cramps.

But then I thought, so what if she was unhappy? Unhappiness is an inevitable human experience. So is being alone. A photo of a child who is alone and not smiling should not cause such consternation.

Poring over camp photos to interpret a child's mood and social adequacy seems to be a thing among parents who seem to need reassurance that their children are -- or at least seem -- perpetually happy.

My husband and I are more concerned with our son, Thorin, having self-acceptance rather than relying on happiness to make his way in life. We believe this is his best defense in a world that ironically finds him "always happy." Except in his case, it's not a compliment or an enviable state of happiness because he has Down syndrome. Thorin's happiness is seen as a special persistent happiness that blinds him from experiencing other emotions.

But I can attest to the fact he is not always happy.

When I found Thorin, then 2, hysterically crying while strapped in a chair by his speech therapist, I painfully observed he was not happy.

When he was frightened by bullies at school when he was 6 and then again at 7, he wasn't happy for a long time.

When an ed-tech humiliated him at age 7 in front of his class, he was so unhappy he didn't go to school for a week.

In the past four years, as the neighborhood kids play together across the street, Thorin has watched out the kitchen windows. He says, "I don't want to go outside anymore."

Thorin is not left unscathed by these situations because of what others view as his intoxicating Down syndrome happiness. So teaching emotional resilience -- the ability to persist -- is part of our parenting arsenal.

All of this is not to say Thorin does not have friends or a good life. He has both.

He hasn't gone to sleep-away camp yet, but for the past five years he has gone to theater camp. Each new camp brings anxiety about being understood by the teacher and the children. Thorin has apraxia, which is a motor planning condition that impedes him from easily translating a response or thought into speaking. But in spite of his anxiety and the fact that he is the only child with Down syndrome in the camp, he goes because he loves theater.

Earlier this month, during the walk from the car to the theater, I asked Thorin: "Do you want a goodbye hug?"

Walking in, we saw the huddle of children with their parents glued by their sides. I saw the mothers of typically developing children hug their daughters and sons closely -- as if they were sending them into a potentially perilous situation. A place they may not be happy. Thorin checked in, and with a quick wave was off.

By Kari Wagner-Peck - the author of Not Always Happy: An Unusual Parenting Journey.