How much should we tell kids about their own health? 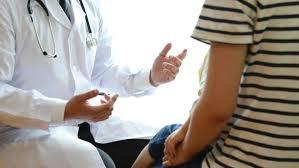 When it comes to deciding whether and how to talk to children about their own health, there’s no one-size-fits-all formula, some doctors argue.

Over the years, the pendulum has swung from a “protective” approach of telling kids little or nothing to avoid worrying them about bad news to an “open” approach of giving children all the facts and empowering them to make their own treatment choices.

Today, however, doctors often struggle to gracefully navigate this continuum and tailor the approach to specific medical situations as well as the individual children and families involved, Dr. Bryan Sisk of St. Louis Children’s Hospital and colleagues argue in a paper in Pediatrics.

“When children have a poor prognosis, our first reaction is to protect them by holding back information because we often fear that sharing bad news is going to hurt them, but many children benefit from knowing more about their illness,” Sisk said by email.

“If we try to hide bad news, some children will think their families are acting strangely because they have done something wrong,” Sisk added. “Just like adults, not every child wants prognostic information, but we should still be on the lookout for signs that they do.”

Beyond the child’s age, the family’s religious and cultural beliefs may influence when – if at all – it makes sense to talk to kids about their diagnosis and what the expected outcomes may be, Sisk and colleagues note.

Pediatrics is also unique because parents have a legal right to make treatment decisions for their children, an idea that can sometimes seem more logical for a toddler that needs ear tubes than for a teenager confronting terminal cancer.

Some recent research suggests that kids, particularly older teens, can cope well even with the bleakest medical news, the authors write.

But particularly in families where parents are accustomed to making every decision for their child, doctors may find themselves engaging in what the authors dubbed “shuttle diplomacy,” essentially acting as go-betweens to find a comfortable middle ground that lets children get the information they want while allowing parents to still feel in control.

“This is not an 'all or nothing' situation,” said Dr. Gary Freed, a pediatrics researcher at the University of Michigan’s Mott Children’s Hospital in Ann Arbor.

“There are also many factors that come into play including family dynamics, religious beliefs and differences in state laws,” Freed, who wasn’t involved in the paper, added by email. “Each situation needs to be handled individually with concern and compassion for everyone involved.”

Doctors need to think carefully about what the goal of disclosing medical information might be and how it might help or hurt children and families to give kids more or less detail on their diagnosis, the authors argue.

And even when children can’t be given all the facts, they shouldn’t be lied to.

The best thing doctors can do is make the conversation about how to talk about health part of routine check-ups, because that will lay a foundation for having hard conversations when problems crop up in the future, said Dr. Abby Rosenberg, a pediatric oncology researcher at Seattle Children’s Hospital and the University of Washington.

“It requires some work on our part, as doctors, to really explore all of the different nuances with patients and families about how they like to hear information and how they make decisions in their family,” Rosenberg, who wasn’t involved in the paper, said in a phone interview.

“You have to check in over time, because this can change over time and it may change on any given day depending on the situation,” Rosenberg said.