How to Help Children Unleash Their Potential 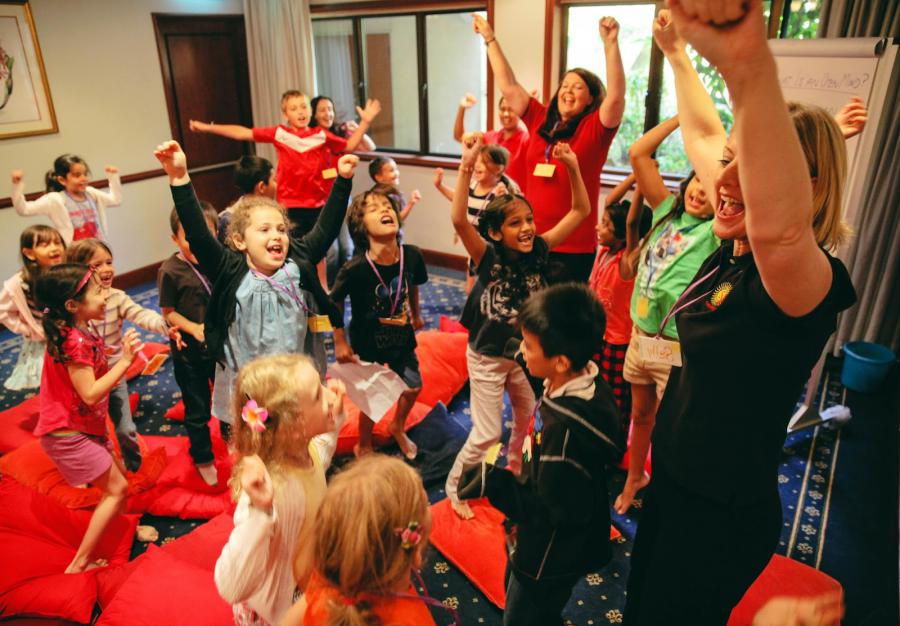 Today, many parents and educators work vigilantly to guide children along the “right” path, hoping it will lead to a bright future. Adults, naturally, believe they know just what that path should look like, often drawing on their own experience or colleagues’ advice. But this top-down approach often leaves parents feeling pressured, educators struggling, and youth stressed and lagging behind their international peers.

Two new books by developmental scientists work in tandem to rescue children from overinvolved parenting and from outdated educational practices. Their guidance is refreshing and based on decades of solid, cumulative evidence on how children really develop.

Wanted: Parents as gardeners, not carpenters

Alison Gopnik is an internationally recognized developmental scientist and author of The Gardener and the Carpenter: What the New Science of Child Development Tells Us About the Relationship Between Parents and Children. Today’s parents were not raised with the experience of caring for young children, Gopnik says, and so they come to parenthood after extensive education and work, and approach parenting like another subject to be mastered: “Get a book, take a course, and things will come out well.” Parents, she says, believe that if they can just learn the right techniques and do the right things, the child will turn out the right way: well-educated and prepared for success.

Drawing on her own and others’ cognitive research, along with evolutionary theory and philosophy, Gopnik concludes that children were not meant to be “molded” in the way parents are molding them today. Babies and young children should be raised in safe spaces protected by adults, but they are wired to be “explorers” of information and their environment in order to become efficient and innovative in adulthood. They need their freedom protected and made safe in order to mess around.

Babies and toddlers are keen observers of their world, actively and accurately interpreting what people and objects do and why they do it—like little scientists. Preschoolers use words to investigate their world. One study found that preschoolers can ask 75 questions per hour, not as bids for attention but to “extract” information from the adults around them. And through imaginative and pretend play, young children experiment with their understanding of people and objects, preparing them for engagement in their social world later.

Gopnik points out that the messy experimentation of early childhood, along with the intense motivation to explore and take risks in adolescence, is crucial for the human species to innovate, evolve, and adapt to a rapidly changing environment. This implies that education and caregiving should encourage, rather than constrain, exploration. In other words, we shouldn’t seek ways to hammer and nail our children into a predesigned shape, like a carpenter working on a piece of wood. Instead, we should approach children like a gardener would a garden—“providing a rich, stable, safe environment that allows many different kinds of flowers to bloom.” The resulting diversity of outcomes is what allows children to prepare for a future that adults cannot yet see.

The Gardener and the Carpenter is a sophisticated read, not a prescriptive, how-to-parent book. But it does allow a peek under the hood of how children develop and what they really need from the caring adults around them. The book charts a strong, philosophical course, from which specific actions and decisions naturally follow.

It does falter somewhat, though, in its practical relevance to a world where parents are often pinched between their own desire to “garden” and the demand from schools to be “carpenters.” Here, another new book picks up the baton to offer guidance.

In Becoming Brilliant: What Science Tells Us About Raising Successful Children, Roberta Michnick Golinkoff and Kathy Hirsh-Pasek, scholars of education, psychology, and cognitive science, make a case for a transformation of education that aligns neatly with Gopnik’s thesis.

According to Golinkoff and Hirsh-Pasek, our current content-driven approach to educating children is failing. Students are made to be passive consumers of content (or “knowledge digesters”), as if preparing for the world of 1953, rather than becoming the “knowledge transformers” needed in an increasingly competitive global environment. Programs like No Child Left Behind and Common Core—with their focus on “hard skills” and the mastery of content, both very “carpenter”-like approaches to education—have failed children, and teaching has regressed to an emphasis on test preparation.

Children need the kind of education that prepares them to think, be creative, and innovate. Drawing on input from business leaders as well as the science of learning, Golinkoff and Hirsh-Pasek suggest six core competencies that will create the “thinkers and entrepreneurs of tomorrow”: collaboration, communication, content, critical thinking, creativity, and confidence. The authors detail how these skills build upon each other throughout development and try to point out how each competency can be “scaffolded” (broken down into teachable components) at different ages. However, that section of the book is left sufficiently vague as to be of questionable help to naïve parents.

There is converging evidence that Golinkoff and Hirsh-Pasek are correct in broad strokes and that children and schools do better when there is an emphasis on softer skills, like social and emotional learning. However, just what those soft skills are has not yet been determined in the wider world, and you can find other, well-researched lists of skills from the World Economic Forum, the Collaborative for Academic, Social, and Emotional Learning, or the Yale Center for Emotional Intelligence. While all of these qualities surely correlate, scientists do not truly understand which is most foundational.

So, while perhaps the ship is headed in the right direction, the specific course we should be charting remains to be worked out.