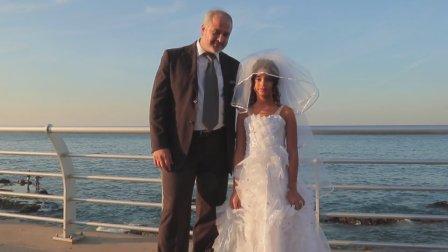 Child marriage contributes to and is impacted by poverty, gender discriminatory social norms and a lack of access to education, perpetuating a sense of dependency that is often difficult to escape. It includes any legal or customary union involving a boy or girl below the age of 18; however, child marriage affects girls in far greater numbers than boys. It is estimated that worldwide, 750 million women and girls alive today were married before their 18th birthday. Because of the harm it does to girls physically and psychologically, and the long-term health, social and economic impacts, child marriage is recognized as a human rights violation under international law, as well as a form of gender-based violence.

In the Arab region, one out of five girls are married before the age of 18. While not an insignificant proportion, the Arab region was in the midst of making significant headway toward reducing rates of child marriage. However, since 2010, increasing and sustained conflict in the Arab region has interfered with this progress. Currently, child marriage serves as a negative coping mechanism among a number of displaced and refugee families, particularly among populations from Iraq, Syria and Yemen.

The reasons why families choose to marry off young girls in contexts impacted by conflict and displacement are complex. Social and political destabilization and militarization reinforce vulnerabilities, resulting in increased poverty and perceptions of insecurity. The fear of rape, sexual violence or sexual harassment targeting women and girls, whether based in reality or perception, becomes a gendered security concern.

Thus, child marriage, for many families, becomes a negative coping mechanism, under the presumption that a girl will be provided for and protected by her new husband or his family. However, the impact of the marriage on the girl does not support this assumption and actually increases the girl’s exposure to further violence. Domestic violence, rape and sexual abuse, serious reproductive health consequences such as fistula or sexual transmitted infections, and emotional trauma are typical outcomes of this type of union.

Notably, in the Arab region, girls’ bodies have also been used to sustain conflict they are sold, traded or offered as a recruitment incentive. The so-called Islamic State (Daesh) codified child and forced marriage during its rampage through Iraq and Syria and elsewhere. Likewise, in Somalia, the group Al-Shabab has promoted child marriage as an organized practice among its fighters, resulting in the rape and abduction of school-age girls.

In light of these developments, child marriage is part and parcel of conflict and may be linked to fragile states. While often, and rightly, labeled as a human rights violation, child marriage must also be viewed as a gendered security issue as it impacts conflict-affected and displaced girls in specific ways, while potentially dooming communities and states to long-term instability because of this lost population.

We know that gender inequality and violent conflict often go hand in hand. We also know that child marriage has severe costs beyond the extreme psychological and physical harm done to the young girls.

Specific to the Arab region if one in five girls are married as children, that is 20 percent of a population that has been denied the right to live to their fullest potential and to build and contribute to a just and dynamic society and region. This includes serving as a resource for peacemaking and peace building efforts.

Given the significance numbers of youth in the Arab region, it is imperative to harness the power of young women and girls to build communities and states that are in the midst of and emerging from conflict.

To do so, existing laws against child marriage should be updated and enforced, meaning that the legal age of marriage should be raised to 18 years. But legal reform can only go so far. To implement a truly transformational approach toward child marriage in the Arab region and in conflict-affected contexts, it is necessary to challenge entrenched gender discriminatory attitudes that allow for women and girls’ subordination before conflict occurs.

During times of peace and stability, governments, the international community, civil society and families must work together to ensure that girls have access to education, reproductive health information and services, and training for future economic participation. Evidence shows that girls who are able to stay in school and have more educational, economic and health options available to them are more likely to avoid child marriage. They are also more likely to ensure that their own daughters are not married as children.

In the midst of conflict, health and psychosocial services must be made available to girls impacted by child marriage.

Because child marriage is a negative coping mechanism for families in dire consequences, economic and educational opportunities must be developed for vulnerable families and communities. Furthermore, special protection mechanisms must be developed and enforced to ensure that girls’ bodies are not surrendered to state and non-state actors.

In the post-conflict setting, legal reform, transitional justice mechanisms and local and international tribunals must address impunity for child marriage. There must be zero tolerance for the practice. Continued services must be made available for impacted girls, as should access to education along with their unmarried peers.

Finally, while girls must benefit from peacemaking and peace building efforts, they also must be part of the participation equation. They must be part of the prevention and resolution of conflicts and have more decision-making power, which is also true for girls who deserve greater agency and voice in policymaking spheres to counter a form of violence that seeks to silence them and limit their life choices.

BY Stephanie Chaban – Chaban is a social affairs officer at the Centre for Women of the Beirut-based United Nations Economic and Social Commission for Western Asia.