Can you ever trust a dog around children? 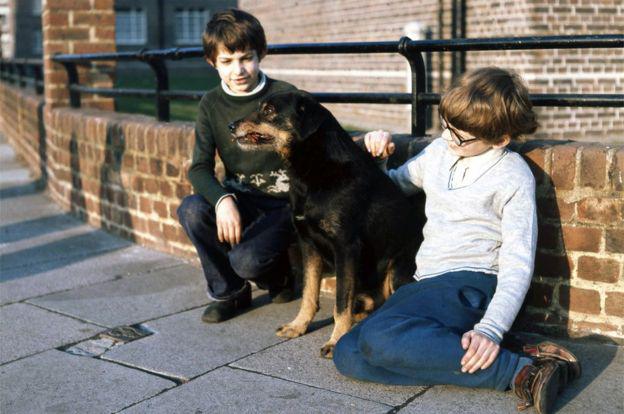 Can a dog ever be trusted around children? A three-year-old boy has died from dog bite injuries. He's just one of a number of young victims killed by a family pet. These aren't necessarily animals known to be dangerous and on the banned list, or cases of children caught up in a dogfight in the park.

So can any dog - no matter how docile - "turn" and injure or kill a child?

It would seem so.

In 2014, six-day-old Eliza-Mae Mullane died from head injuries after she was bitten by the family's Alaskan Malamute - a dog which had never shown any signs of aggression. In Eliza-Mae's case, the coroner later said the incident "could not possibly have been foreseen".

Harry Harper, who was eight days old, died in hospital in 2013 after being bitten by his grandparents' dog in Telford. The investigating police officer said the family "had an unblemished history of caring for and controlling many dogs over a period of many years".

Chillingly, Det Insp Phil Shakesheff of West Mercia Police added: "There is no evidence to suggest that the death of Harry is anything other than a tragic incident that can't be ruled out from occurring in any other dog-owning household where children are present".

Four-year-old Lexi Branston was killed in 2013 by a rescue dog who'd previously been "very sweet natured" with a "lovely temperament".

More than half of children questioned "thought a growling dog was 'smiling'".

Dog bites to children are so dangerous because they're most likely to be to the head and face, according to research published in the British Medical Journal (BMJ). Bleeding to death after the carotid artery [in the neck] is severed is the most common reason for child dog attack fatalities.

Dogs Trust education officer Anna Baatz says children "must understand that a dog is not a toy".

"Simply understanding when a dog says 'enough' can be the difference between a bite or not."

Adrian Burder from the charity says: "Pulling his tail, sitting on him, disturbing his sleep and kissing his nose are just some of the antagonising ways children act around dogs. The simple fact is that all dogs have teeth and any dog can bite or snap if worried, scared or hurt.

"There is no escaping the hard fact that dog attacks are on the rise and, worryingly, the rate of hospital admissions for dog bites is highest among the 0-9 age group. 1,160 children were hospitalised during 2013-2014".

Why has there been an increase?

Although figures for the specific breeds responsible for each hospital admission are not available, police in Nottinghamshire, where the seizure of banned breeds and dangerous legal breeds has increased eightfold in the past three years, say they believe it's largely due to "irresponsible backstreet breeding".

There are more dangerous dogs therefore there will be more attacks.

So how can attacks on children be prevented?

"Dogs are living creatures that think, feel and get frightened just like us. If they're scared or worried or feel trapped in a corner it can be a trigger".

Mr Adams suggests "getting a dog used to the idea" when parents are expecting a baby, for example by gradually introducing new equipment to the home and buying a CD of baby sounds.

"Owning a dog is wonderful and rewarding, but remember even the smallest, cutest and cuddliest dog can bite if they feel they have no other options or are provoked.

"The majority of bites happen in the home with family dogs or with dogs that are well known. Even though you might know a dog, and think that they would never hurt anyone, you still need to take steps to ensure that your children are safe.

"Never ever leave a child alone with a dog. Ever."