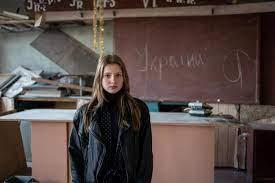 Eleven months of war in Ukraine have disrupted education for more than five million boys and girls, the UN agency for children, UNICEF, said on Tuesday, calling for increased support to ensure they can continue to learn.

The impact of the conflict only compounds the two years of education lost due to the COVID-19 pandemic, and more than eight years of war for children in the east of the country.

UNICEF issued the appeal on the International Day of Education, which is marked annually on 24 January.

Schools provide a crucial sense of structure and safety to children, said Afshan Khan, the agency’s Regional Director for Europe and Central Asia.  Missing out on learning could have lifelong consequences, he warned.

“There is no pause button. It is not an option to simply postpone children’s education and come back to it once other priorities have been addressed, without risking the future of an entire generation,” said Mr. Khan.

Thousands of schools, pre-schools and other education facilities in Ukraine have been damaged or destroyed due to the use of explosive weapons in the war, including in populated areas.

At the same time, many parents and caregivers are reluctant to send children to school, fearing for their safety.

UNICEF is working with the Government to help get children back to learning – whether in classrooms, when deemed safe, and through online or community-based alternatives.

As a result, almost every child in Ukraine has been left without sustained access to electricity, meaning that even attending virtual classes is an ongoing challenge.

The situation for children who have fled the country is also concerning. An estimated two out of three Ukrainian refugee children are not currently enrolled in host country education systems, UNICEF reported.

Some of the factors driving this include stretched education capacities, while many refugee families have opted for online learning, instead of attending local schools, as they had hoped to be able to return home quickly.

“UNICEF will continue working with the Government of Ukraine and the host countries’ Governments to deliver solutions to help children in conflict areas and those who have been displaced from their homes to continue their education,” said Mr. Khan.

Support in Ukraine and beyond

UNICEF is calling for an end to attacks on education facilities and other civilian infrastructure in Ukraine, and for increased support to ensure children have access to offline learning materials and supplies. This will enable students to continue their education, and remain connected to their peers and teachers.

Support for Ukraine’s recovery plan, and efforts to rebuild and rehabilitate schools and preschools, is also needed.

In refugee-hosting countries, UNICEF is calling for prioritization of the integration of Ukrainian refugee children into national education systems, especially for early childhood and primary education.

“It is important that relevant authorities identify and overcome regulatory and administrative barriers that hinder children’s access to formal education across all levels and provide clear and accessible information to refugee families,” the UN agency said.

The International Day of Education was established in 2018 and celebrates the role of education in advancing peace and development.

The UN Educational, Scientific and Cultural Organization (UNESCO), the lead agency for the Day, has dedicated this year’s edition to the women and girls of Afghanistan, who have been deprived of their fundamental right to education in the wake of the Taliban takeover in August 2021.