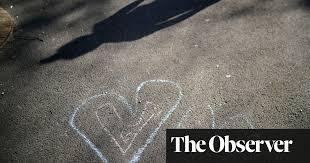 Vulnerable children are facing an increasing wave of hidden abuse since the start of the pandemic, according to ongoing evidence of a slump in the numbers being identified by social services.

The impact of the pandemic since March has intensified issues such as domestic violence, parental mental health and alcohol and substance abuse – all factors that put children at greater risk. However, there has been a significant fall in referrals to council children’s services of 10% between the end of April and November, according to research by the Office for the Children’s Commissioner in England.

It has raised concerns that some children at risk have become “invisible” during the pandemic. It comes at the same time as an increase in serious incidents involving child death or serious harm, where abuse or neglect is known or suspected. Official figures show there were 285 serious incident notifications between April to September, an increase of 27% on the previous year. Some 119 of the notifications related to child deaths.

The repeated closures of schools and a fall in attending GP and hospital appointments are thought to be behind the drop in referrals, as schools and health services often flag possible cases of abuse. More informal child care settings, like children’s centres, have also been affected by closures.

Anne Longfield, the children’s commissioner for England, said: “This survey rings a lot of alarm bells. We know children have become far more vulnerable under Covid for a catalogue of reasons, yet we are seeing fewer coming to the attention of children’s services. There’s a major disconnect between the harm they are facing and the protection they are getting – and, with school closures, children are slipping even further out of sight. Councils must be given more support to do everything in their power to find these invisible children in their areas.”

There appears to be serious regional variation, raising the prospect of blackspots where abuse is being missed. The children’s commissioner is pushing for all areas to urgently invest in identifying vulnerable children who are not coming to the attention of services through the normal routes.

Even before the Covid-19 pandemic began, there were nearly 2.2m children in England living in households affected by domestic abuse, parental drug and alcohol dependency and severe parental mental health issues. During the pandemic, alcohol sales have risen, while major domestic abuse charities have reported increased calls. The Royal College of Psychiatrists has raised concerns about declining parental mental health.

The Local Government Association has called for the urgent reinstatement of £1.7bn for early intervention that was stripped from council budgets between 2010-11 and 2018-19.

Sarah Tough, from the Association of Directors of Children’s Services, said: “Local systems to support children and families have remained in place throughout the pandemic and ensuing lockdowns... but it is clear that this period has intensified a range of challenges and pressures, as well as disrupted access to the formal and informal support networks that children and families rely on, from health visitors to grandparents.” She added: “Our work has never stopped but it has certainly changed, and social workers have continued to prioritise face-to-face contact with those most at risk.”

Richard Crellin, policy and public affairs team leader at the Children’s Society, said: “The pandemic has left some children invisible to professionals, trapped in dangerous situations, feeling isolated and at increased risk of mental health issues, domestic abuse and online grooming. It’s therefore hugely worrying that the number of children being referred to social care for support has fallen, and we know referrals to child mental health services have also declined.

“We want local safeguarding services to work in partnership to identify children who may be struggling at this difficult time and establish ways to check on the wellbeing of all children known to social care in their area. They should ensure that the most vulnerable, including those not in school, have regular contact with a trusted professional like a teacher, social worker or healthcare worker who can identify risks and help them access support.”

A Department for Education spokesperson said: “Supporting and protecting vulnerable families has been at the heart of our response throughout this pandemic which is why we have kept schools, nurseries and colleges open to vulnerable children including those with social workers. We are also placing social workers in schools to help spot the signs of abuse and neglect more quickly and work with teachers to support children at risk.

“We have given councils more than £3.7bn to help them meet additional demands, invested in increased capacity at the NSPCC helpline, and our See, Hear, Respond charities’ partnership led by Barnardo’s is directly supporting thousands of vulnerable young people.”