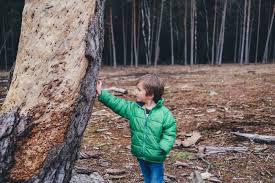 An interim report by the Royal Commission of Inquiry into historic abuse of children in state and faith-based institutions has estimated that up to quarter of a million people were abused between 1950 and 2019.

Here are the key findings and some historical context to the inquiry:

* The inquiry also said 655,000 were in care during the period, six time more than government estimates.

* Discrimination and racism by authorities and the public played a role in being taken into care and the treatment received in care.

* In boarding or residential schools excluding faith-based schools, rates of abuse estimated from 24% to 44%.

* At health and disability-related institutions, abuse was 11% to 34%.

* Most survivors were abused between the ages of five and 17, although the range was from nine months to 20 years.

* Most survivors were abused over a period of five to 10 years.

* The inquiry was established in 2018 but has been plagued with issues including the departure of the former chair of the commission, Sir Anand Satyanand.

* This is one of the longest running and most complex commissions of inquiry undertaken by New Zealand.