Keeping girls in school seen worth billions to developing nations 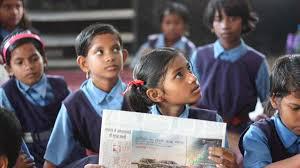 Making sure all girls are finishing secondary education by 2030 could boost the gross domestic product (GDP) of developing countries by 10% on average over the next decade, a report said on Tuesday.

Every $1 spent on girls’ rights and education would generate a $2.80 return - equivalent to billions of dollars in extra GDP, according to the study by rights group Plan International and financial services firm Citi’s Global Insights team.

Some 130 million girls worldwide were already out of school before COVID-19, according to the United Nations cultural agency UNESCO, which said more than 11 million may not return to classes after the pandemic.

Girls are more likely than boys to miss out on school, U.N. children’s agency UNICEF says. Many families choose to invest in sons over daughters, while violence, poverty and child marriage also impact their access to education.

The new report, which was based on a study of eight developing and emerging-market nations including India, Egypt, Uganda, Bolivia and Laos, called for a “holistic” approach with measures spanning education, health and violence-prevention.

Some low-income countries could struggle to ensure that all girls are completing their schooling within the next decade, the report said.

But it noted that the target is included in a set of ambitious development goals signed by world leaders in 2015, and that boosting women’s inclusion could help increase well-being and prosperity across wider society.

“Eradicating barriers to girls’ education and development may hold the key to achieving many of the U.N. Sustainable Development Goals,” said Andrew Pitt, Citi’s global head of research, in a written comment.

The study was welcomed by women’s rights group Equality Now, which said more action was needed to tackle gendered barriers to education.

“The ability to complete formal schooling as a child is critical to economic, social and political success as an adult,” lawyer Alexandra Patsalides at Equality Now told the Thomson Reuters Foundation.

“When girls are shut out of these opportunities, it means a generation of women are also negatively impacted,” she said.