My Child Is A Bully. What Should I Do? 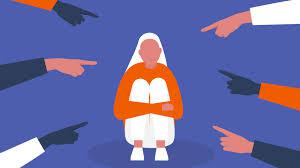 Nobody wants their child to suffer at the hands of a bully. But what if the bully in question is your child? In many ways, this dilemma can seem like the final taboo – nobody has sympathy for a mean kid, and if you’re the parent of a mean kid, it can be devastating.

*Sam, 41, who has two children, noticed her son acting differently to other kids when he was just a toddler. “He’d push and shove other children out the way at a baby and toddler group,” she said. “He’s tall for his age and looks older than he is. If he doesn’t get his way at home, he screams and cries and takes ages to calm down – or he’ll attack his little brother by jumping on him or sitting on him. There’s just no reasoning with him.”

Child psychologist Amanda Gummer says when a child starts being mean to another child, it doesn’t usually come out of the blue. “It’s a learned behaviour,” she tells HuffPost UK. “Kids learn what works. If they’re a bit mean to a child and they end up getting what they want, they’re likely to do it again. They hone new skills. It usually comes from a place of insecurity, where they’re trying to prove they’re bigger or more clever or powerful.”

But, says Gummer, even if a child is exhibiting signs of aggressive or unkind behaviour, it’s usually just a phase. “And, if dealt with well, it won’t last long,” she says. “There’s a big difference between being a bit mean to test out boundaries, and being a persistent bully.”

It’s important for parents to think about how to build up their child’s self-esteem, whilst, crucially, not accepting their bullying behaviour, she adds. “Sometimes, parents and carers can be complicit. We can say, ‘oh, just give it to him’, when a child is making a fuss, which reinforces if a child is mean and demands stuff, he or she can get what they want.”

Dr Gummer says in some cases, a child can lack an empathetic characteristic, which means they won’t appreciate the impact of their behaviour on another child. “Most bullies don’t understand what they’re doing, and aren’t able to empathise with their victim,” she says.

“Kids might lack empathy, and at four or five, they’re naturally quite ego-centric; but as they get older, most develop the ability to think about how others are feeling. Empathy is like a muscle. If it’s used, it gets stronger – if it’s not, it withers and doesn’t grow.”

Gummer says parents can have a tendency to disempower children and tell them “what to eat, where to go and what to wear”. That’s not great for their decision-making skills or self esteem. “We need to give our children agency over their lives, as much as we can,” she says. “Children need to feel secure and loved, no matter what. It’s okay not to love the behaviour, but it’s important to remember: it’s the behaviour, not the person.”

If your child is exhibiting bullying behaviours, there are a few things you can do to deal with it.

“It’s important not to over-react at the first sign of a child being mean,” says Gummer, “because they might not realise what they’re doing. Reacting strongly also gets them attention, she adds, which is what many children want – and they may keep on doing the negative behaviour to get the attention.

You should, however, address the behaviour calmly. It’s important to have an open channel of communication with your child. If they’ve done something mean, it’s vital parents talk about why they think they did it, says Gummer, and to ask them, “how would you feel if that happened to you?”

One of the first things you might also want to do is look close to home – is there anything going on that might spark bad behaviour? “Some kids copy older siblings, or parents,” says Gummer. “Is there any behaviour you need to address there, first?”

Try reading your child a story and ask them to consider the way the characters might be feeling – or try to promote and practise empathy. Gummer suggests telling your child about Goldilocks and the three bears – extrapolate it to how the bears might feel when Goldilocks ate their porridge. “Ask your child, ‘How do you think the bears feel? And how would you feel?’”

You could also try doing this through role play. “Playing with dolls and role-playing making decisions or talking through differences of opinion can be really useful,” Dr Gummer says. “Let the child lead the scenario, but you can also follow up with asking the child how they think the toys feel, too. Help them develop the imagination to put themselves in another person’s shoes.”

Make sure you set clear boundaries.

Kids respond well to firm and clear boundaries – such as making it clear that hitting a sibling is not allowed. “If that’s a family rule, that needs to be enforced,” says Gummer. “If the child can’t stick to that rule, make sure they know there will be consequences – but make those natural consequences, connected to the incident itself, as much as possible.

“For example, if they ruin their sister’s drawing, they don’t get to draw, either.” Dr Gummer warns if it’s a punishment for punishment’s sake, without room for learning, that can leave a child feeling disempowered. “The younger the child, the shorter and more immediate the punishment should be,” she adds.

One way to set boundaries could be to introduce a traffic-light system. This means giving a child two warnings, followed by a final warning if they do it again. “They will understand more than if they do something once and you blow up at them,” she says.

Assess their behaviour over time – and seek help.

If a child is a persistent bully, Dr Gummer says: stick to your guns, stick to your boundaries, put a pin in it and assess the situation in three months time. “If it’s still an issue, maybe get some help,” she advises. “In rare cases, it might be a development issue, such as autism, where the child can’t understand the full impact of their actions. But first, give your strategy time to work.”

You could also speak to your child’s school to find out if there’s a problem. If you’re really concerned, make an appointment to discuss it with your GP.