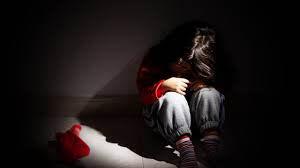 A major London children's hospital registered a 15-fold increase in the number of apparent child abuse cases it dealt with during the COVID-19 lockdown compared to previous years, researchers reported Thursday.

From March 23 to April 23 -- corresponding to the height of self-isolation rules -- the Great Ormond Street Hospital for Children saw 10 infants ranging in age from two weeks to 13 months diagnosed with "abusive head trauma".

In 2017, 2018 and 2019, the hospital reported an average of only 0.67 such cases over the same time period each year, Jai Sidpra from the London Medical School and four doctors from Great Ormond reported in Archives of Disease in Childhood, a medical journal.

Immediately prior to examination, half of the infants were colic, 40 percent were on the edge of unconsciousness, and 20 percent had had seizures, according to hospital records.

"The increase in incidence seen at our institution reflects a rise in domestic abuse in countries enforcing similar social distancing measures," the researchers wrote in a peer-reviewed letter.

The real number of cases is likely to be even higher than reported due to public avoidance of hospitals during the pandemic, they added.

"Two parents in our cohort cited fears of contracting COVID-19 as a reason for delayed presentation," they wrote by way of example.

Though the cases were just at one hospital, the experts point to evidence suggesting the increase in such trauma could be happening across Britain and other countries that had strict confinement policies.

Such episodes are more likely to occur, earlier research has shown, in households with unfavorable socioeconomic circumstances.

In the case of the ten infants seen at Great Ormand Street Hospital, all the families lived in areas with higher than average Index of Multiple Deprivation scores, a measure of social well-being established by the government.

"In the background of the intensely public SARS-CoV-2 pandemic" -- the scientific terms for the new coronavirus -- "a more silent pandemic is occurring," the researchers wrote.

As of July 1, Britain has seen more than 313,000 confirmed cases of COVID-19 and nearly 44,000 deaths, giving the nation one of the worst death rate per capita in the world.