First Person: Ending violence against women - ‘men and boys — I am talking to you’, says UN Deputy Chief 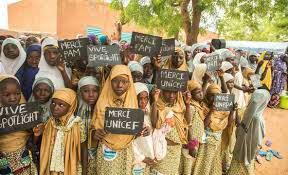 Men and boys who “turn a blind eye” to violence against women, must accept that they are “accomplices to violence” according to the UN Deputy Secretary-General Amina Mohammed.

During the coronavirus crisis, the UN has reported a global increase in domestic violence as more women have been forced to stay at home, trapped with abusive partners due to lockdowns.

In this personal and frank appeal, Ms. Mohammed calls on all people, but especially men and boys, to stop violence against women and stand alongside “our mothers, our sisters, our daughters, our partners.”

“Around the world, violence against women and girls, including rape, is skyrocketing.  Many incidents have triggered widespread outrage.

Yet some keep trying to play the oldest game in the book —the blame game.  Blame the COVID-19 pandemic.  Blame social and economic stress.  Blame uncertainty.  Even, outrageously, blame the victim, usually a woman or worse still, a girl. Blame anything, everything, but the perpetrator.

Let’s be clear:  Sexual violence – any form of violence – is simply violence. There is no excuse.  There is no justification.  And there must be zero tolerance. All of us must stand up and speak out.

I am the proud mother of four daughters.  But the loudest voices urging me to speak up came from my sons.  They said, “This is a deadly serious issue. It’s in all our chat spaces. You need to do something about it.  People will listen”. When I asked what they were hearing, they said it varies: some say violence is not right.  But others appallingly say women asked for it!

Men and boys who commit violence against women or girls are simply not men.  They are weak. They are shameful.  They are the textbook definition of a coward. And for those who turn a blind eye or deaf ear, saying it’s a private matter, know that you are accomplices to violence.

Because of these attitudes, millions of women and girls face the clear and present danger of the threat of violence every day — at home, in school, online.  Men and boys — I am talking to you:  This is on you.

Take responsibility.  Speak up.  Stand with women and girls.

Join the appeal of United Nations Secretary-General António Guterres for peace everywhere -- in war zones and in homes. Support the Spotlight Initiative calling on men to stop violence against women and girls.

Let’s join hands with survivors of violence, including rape.  Let’s listen to their stories.  Let’s call out victim blaming and shaming. Let’s remember that if not for a woman and her nine months of labour, you men would not be here.

Let’s stand with our mothers, our sisters, our daughters, our partners.

And, together, let’s declare in one voice:  I’m #WithHer."