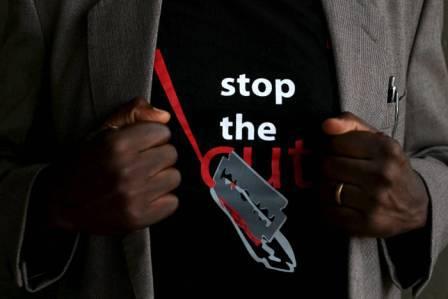 Female genital mutilation affects far more countries than previously thought, meaning global estimates for the number of women who have been cut are “woefully” low, researchers said on Tuesday.

FGM is traditionally associated with a swathe of African countries, but the study highlights growing evidence that the ritual is also practised in other regions including the Middle East and Asia.

World leaders, who have pledged to end FGM by 2030, are “seriously off track”, rights group Equality Now said, as it called for global efforts to end the practice to be broadened to more countries.

The United Nations’ children’s agency UNICEF estimates that about 200 million girls and women have been cut worldwide, based on data from 31 countries, mostly in Africa.

But Equality Now said at least 92 countries were affected by FGM, including Singapore, Iran, India and Sri Lanka.

The study also included an account of FGM from the United States, where a woman from a white Christian community told the Thomson Reuters Foundation last year how she was cut as a child.

FGM, which can cause a host of serious health problems, is often done in the name of culture or religion, but is not mentioned in the Koran or Bible.

“What’s remarkable with FGM is that it’s happening across so many cultures, so many regions and across different religions too,” the report’s co-author Divya Srinivasan said.

“It is not a cultural issue, it’s one of gender inequality.”

FGM often involves the partial or total removal of the external genitalia, and in some places the vaginal opening may be sewn up. In Asia and the Middle East, the ritual may involve pricking or nicking the clitoris instead.

Anti-FGM campaigners say all forms are a serious abuse and even a nick can cause grave damage, especially when done on a baby.

Srinivasan urged countries to gather national data on FGM prevalence, adding that the U.N. global estimate was a “woeful under-representation” of the true picture.

She said she was particularly surprised at the results of small studies from places like Saudi Arabia and Oman “which are not normally countries that come to mind when you think of FGM”.

Women’s rights activist Habiba al Hinai, who conducted a survey in Oman, said 78% of women she spoke to reported being cut, but the issue was taboo and she received a massive backlash after publishing the results online. “The data I gathered was shocking, devastating,” said al Hinai, founder of the Omani Association for Human Rights.

Misconceptions in Oman around FGM included that it was good for a woman’s health, stopped cancer, improved sex with her husband and made childbirth easier, she said.

Al Hinai called for more support for women in the Middle East who might be disowned by their family or tribe and divorced by their husband if they spoke out on FGM.