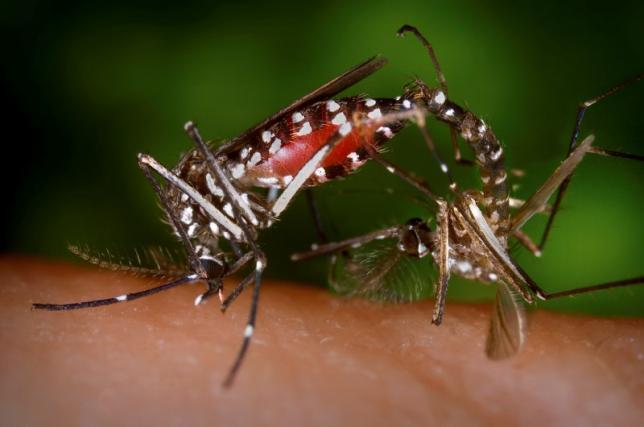 Health officials said 279 pregnant women in the United States and U.S. territories have tested positive for Zika infection, prompting a new call from President Barack Obama for more funding to fight the outbreak spreading through the Americas.

Obama wants the U.S. Congress to provide close to $1.9 billion for vaccine development, faster diagnostic tests, and new tools for killing the mosquitoes that carry the virus, which can cause a rare birth defect in newborns and neurological disorders in adults.

"We've got to get moving," Obama told reporters after meeting top health officials in the Oval Office.

"This has to get done over the course of the next several weeks in order for us to be able to provide confidence to the American people that we're handling this piece of business," he said.

The U.S. Centers for Disease Control and Prevention said 157 pregnant women in the continental United States and another 122 in U.S. territories, primarily Puerto Rico, had tested positive for the infection.

That's a jump from its previous report of 48 cases in pregnant women in the continental United States and 65 cases in U.S. territories.

The Senate has pledged $1.1 billion for Zika and the House of Representatives voted to redirect $622.1 million in funding mainly by cutting programs for the Ebola virus. Lawmakers are now faced with hashing out a compromise on a funding bill.

"If I'm a young family right now, or somebody who's thinking about starting a family, this is just a piece of insurance that I want to purchase," Obama said, urging Americans to tell their lawmakers to boost funding.

U.S. health officials have determined that Zika, which can also be transmitted through unprotected sex with an infected person, can cause microcephaly, a birth defect marked by unusually small head size, and can lead to severe brain abnormalities and developmental problems in babies.

The CDC told reporters on a conference call on Friday that so far fewer than a dozen of the infected pregnant women it has tracked in the United States and Puerto Rico have had miscarriages or babies born with birth defects. Brazil, the country hardest by Zika to date, has confirmed more than 1,300 cases of microcephaly linked to Zika.

CDC officials said the agency will now report on a weekly basis all pregnant women in the United States and its territories who have any laboratory evidence of potential infection, regardless of whether virus symptoms are present, whereas previously its tracking focused on symptomatic cases.

Officials say only about 20 percent of people with Zika display common symptoms, such as fever, rash, joint and muscle pain and red eyes.

The data will be compiled from a pregnancy registry in the United States and a similar surveillance system set up in Puerto Rico, where officials are expecting hundreds of thousands of Zika cases.

Dr. Margaret Honein, chief of the CDC's birth defects branch, said including asymptomatic cases "casts a broad net to make sure we are monitoring all pregnant women who may be at risk for poor outcomes associated with Zika."

The decision follows reports of miscarriages and babies born with birth defects to women who had no recollection of having experienced Zika symptoms, she said.

Honein said it is not yet possible to estimate from the two surveillance systems the risk of adverse outcomes among pregnant women, but added that it eventually will be.

The CDC told reporters it has dramatically increased its testing capacity for Zika in the United States as it girds for an increase in cases during the summer mosquito season, when Gulf coast states such as Florida, Louisiana and Texas are expected to be on the front lines of local transmission.

Virtually all the Zika cases in the continental United States so far have been in people returning from countries where Zika is prevalent, such as Brazil, with a small number attributed to sexual transmission by such travelers.

In addition to microcephaly, the World Health Organization has said there is also strong scientific consensus that Zika can also cause Guillain-Barre, a rare neurological syndrome that causes temporary paralysis in adults.

USA Swimming said on Friday it has moved a pre-Olympic training camp from Puerto Rico to an aquatic center in Atlanta due to concerns about Zika, but does not expect the virus to keep the team from competing at the Rio Games in August.

Two weeks earlier, Major League Baseball said it would relocate two games that were set to be played in Puerto Rico due to concerns among players about Zika.