Treating kids’ sleep apnea may keep them safer on the street 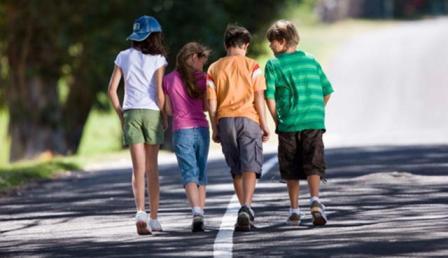 Kids with obstructive sleep apnea may be at lower risk of accidents with oncoming vehicles during the day if they use positive airway pressure, or PAP, therapy at night, a new study suggests.

Importantly, children must consistently stick to the PAP treatment plan for it to make a difference, the study authors report in the journal Sleep Health.

“Sleep disorders have real-world consequences, even life-and-death consequences. Someone who is tired, whether a child or an adult, simply does not function the same way they do when they are rested,” said senior study author David Schwebel of the University of Alabama at Birmingham.

Annually, more than 6,000 pedestrians in the U.S. are killed and 190,000 are injured. A large number of those are children. Preventing pediatric pedestrian injury should be a priority, the study authors write.

Obstructive sleep apnea usually occurs when an individual’s airway collapses multiple times during sleep, interrupting breathing again and again during the night. It’s estimated that between 1 percent and 5 percent of non-obese children and 25 percent to 40 percent of obese children have the condition, the authors note.

PAP therapy requires patients to wear a mask that covers the nose and mouth during sleep. The mask is connected to a machine that continually blows air to keep the airway open.

“When someone struggles with a sleep disorder, they can be chronically tired, and that can influence all sorts of real-world outcomes, including their risk for unintentional injury, or accidents,” Schwebel told Reuters Health by email.

The researchers studied 42 kids at Children’s of Alabama Pediatric Sleep Disorders Center between ages 8 and 16 who were diagnosed with obstructive sleep apnea syndrome, or OSAS, through a sleep test.

Before receiving PAP treatment, the kids played a virtual reality program with a simulated street crossing. As the child’s avatar crossed the street, they’d hear messages such as, “Yes! Great job!” or “Whoa! That was close!” If struck by a car in the simulation, they’d hear, “Uh oh, you should try that again.”

During the simulation, researchers measured how many collisions occurred, how many times the kids looked left and right at the traffic before crossing, and the time it took to make contact with a car, with a shorter time indicating a risky choice to step into the road.

The children played the simulation again after three months of PAP therapy with machines that measured the hours of use each night. Kids were considered to be adhering to therapy if they used the device for four or more hours each night.

The research team found that about half of the children adhered to the PAP therapy during the three months, and these kids had a significant reduction in hits by a virtual vehicle. When untreated, children were 12 times more likely than adherent kids to have a simulated hit, the study authors calculated.

“PAP therapy is sometimes difficult. It can be uncomfortable and hard to follow,” Schwebel said. “But it will help with sleepiness, and it also will help with many other aspects of life, such as school, their social life and their mood.”

Many sleep specialists first recommend surgery to most kids who are diagnosed with sleep apnea, so PAP is discussed less frequently. However, for older children or overweight children, surgery may not be as effective, said Dean Beebe of Cincinnati Children’s Hospital in Ohio, who wasn’t involved with the study.

“PAP treatment is more often used for adults, where surgery is not successful at all,” he said in a phone interview. “It’s hard to get PAP accepted by families and kids, but it could be useful.”

Future studies should look at sleep apnea and safety among teens who drive, he added, as well as kids who ride bikes to school. PAP therapy may help them to better concentrate on the road.

“If your kid snores loudly most nights, it’s time to bring that up with your doctor,” he said. “Snoring every so often isn’t a big deal, but if it’s most nights, that’s not healthy or cute and is our most visible marker for whether there might be breathing problems during sleep.”