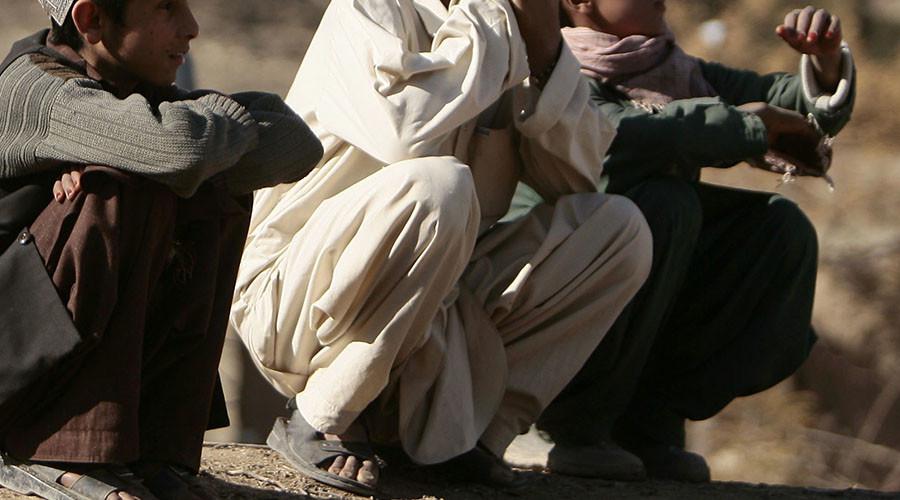 Exploiting the pedophilic boy play ‘bacha bazi’, the Taliban infiltrates the Afghan security forces to attack and kill police commanders. The tactics were revealed by several officials and survivors to AFP.

The ‘bacha bazi’ tradition dates back a long time, and is most widespread in the province of Uruzgan, central Afghanistan, where ‘bacha bereesh’ - or ‘boys without beards’ - are said to be quite popular with police.

There have been scores of such attacks over the past two years. Between January and April, at least six assaults of the kind were reported, with hundreds of policemen killed, security and judicial officials in the region told the agency, adding that "it's easier tackling suicide bombers than bacha attackers."

Plus, the bacha attackers have triggered “deep mistrust within police ranks,” Seddiqullah, a police commander at a checkpoint near the provincial capital, Tarin Kowt, said.

Survivors say the boys are used as honey traps. Twenty-one-year-old policeman Matiullah was the only one left alive in the attack in Dehrawud district last year.

Then, the attacker turned out to be the checkpoint chief’s sex slave, a teenager who went on a shooting spree, murdering seven servicemen – including the chief – in their sleep. Afterwards, he “brought the Taliban inside and poked all the bodies with rifle butts to see if anyone was alive. I pretended to be dead," Matiullah, who now works as a tailor, told AFP.

"As his Taliban accomplices gathered our weapons and ammunition, Zabihullah declared: 'Everyone is dead.'"

The practice of bacha bazi was prohibited by the Taliban from 1996-2001, and to this day, it denies using it, or child fighters, to stage attacks.

"We have a special mujahideen brigade for such operations - all grown men with beards," a Taliban spokesman told AFP.

However, survivors dispute that, as almost all of Uruzgan's 370 local and national checkpoints are said to have bachas, some of them up to four boys. Some policemen even refuse to work when there is no bacha available at the checkpoint, they added.

“If they are told to reform their ways, a common reply is: 'If you force me to abandon my boy lover, I will also abandon the checkpoint.' The Taliban are not too blind to notice that this addiction is worse than opium," one of the judges said.

The abuse at the checkpoints could force the boys into seeking revenge, hence the possible Taliban recruitment. Many of the boys attempted to flee the abuse, but were brought back and have charges of Taliban connections against them, two top local judges told AFP.

Recruiting boys for sex services has been a long-standing practice in Afghanistan. In March, RT released a documentary about bacha boys, who shared their experience.

The boys should be 12, 13, or 15, they said, and said some boys could work until up to 25 years old. The bosses in the business usually find the boys at playgrounds and choose the poorest, as they are “the easiest to control.”

Even though the Afghan government officially banned bacha parties, "some people, who are commanders, and high-ranking people, are involved with the business," according to one of the ‘toy boys’, Japar.

In February, Pentagon launched an investigation into alleged abuse of boys by security forces in Afghanistan. US military frequently reported such events to the American top brass, but previously it led to next to no action.

Dan Quinn, a former special forces captain, told the New York Times last year that he had witnessed a few cases of abuse involving both boys and girls. He and Sergeant Charles Martland confronted an Afghan police commander accused of abducting and abusing a young boy, but the commander laughed in his face, Quinn said. So the US captain “picked him up and threw to the ground” - and was later relieved of his command for his troubles.