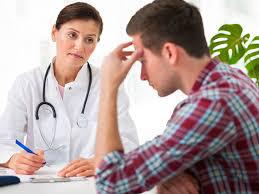 Talks about reproductive health in pediatrics often touch on contraception and prevention of sexually transmitted diseases, but many doctors still fail to discuss issues like fertility and sexual function, a group of U.S. physicians says.

As more children and teens are surviving cancer and other diseases that can alter fertility and sex function – either through the underlying condition or the treatment – pediatricians need to do a better job of making sure their young patients understand the implications for reproduction and sexual health, the doctors argue in the journal Pediatrics.

“It can be psychologically devastating for an adolescent or young adult to learn that he/she cannot have genetic children, particularly if they had always envisioned doing so,” said lead author Dr. Leena Nahata of Nationwide Children’s Hospital in Columbus, Ohio.

“Conversely, some adolescents may think that they are definitely infertile and therefore engage in unprotected sex, potentially resulting in unplanned pregnancies and sexually transmitted infections, to which some patients with compromised immune systems have greater susceptibility,” Nahata added by email.

Part of the problem is that doctors don’t have clinical guidelines to fall back on to help them navigate thorny issues like how much information is the right amount at a given age, and how to make these difficult conversations work for both patients and their parents, Nahata and colleagues note.

“Ethically, this situation becomes even more complicated when parents opt to withhold this information from their children, and request the medical providers do so as well,” Nahata added.

The problem, though, is that teens who don’t get the information straight from their doctors may turn to unreliable sources like the internet and their friends and make poor decisions based on incorrect assumptions about their health, these doctors argue.

Adolescents may also suffer psychological problems and difficulties with intimacy and relationships that are exacerbated when they don’t get reliable information about their sexual health directly from their physician.

When they don’t have all the facts, they might also miss out on opportunities for counseling or psychotherapy to help them come to terms with how an illness altered their fertility or sexual function.

Even when doctors want to talk about these sensitive issues with pediatric patients, they may still struggle with what’s appropriate to share with children, especially kids who are too young to have sex, said Dr. Terrill Bravender, a researcher in pediatrics and adolescent medicine at the C.S. Mott Children’s Hospital at the University of Michigan in Ann Arbor.

“Often times, physicians and parents are focused on the acute issues at hand for their patients,” Bravender, who wasn’t involved in the paper, said by email.

Discussions about future sexual function and fertility may also seem far less pressing to parents in the face of a difficult diagnosis like cancer, and might make parents uncomfortable even under less fraught circumstances.

“While most pediatricians are very adept at addressing the developmental needs of their patients, the idea of addressing future fertility for an 8 or 9 year old may not even occur to them,” Bravender added.

By the time children reach adolescence, many physicians and parents still don’t view sexuality as a part of normal development.

“Adolescent sexuality is frequently seen as something that needs to be kept under control, and as such, many physicians understandably focus on prevention of harm,” Bravender said. “Hence, the frequent discussions regarding the importance of abstinence, contraception and screening for sexually transmitted infections, but fewer, if any discussions regarding healthy sexual development.”