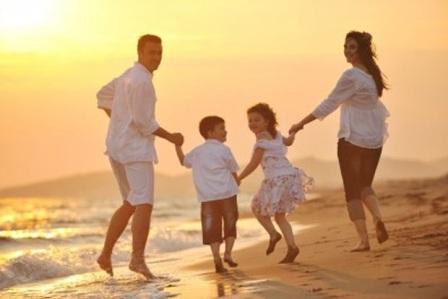 When parents know more about how their newborn’s brain develops, they’re more likely to provide an environment that fosters social and intellectual growth in the baby’s first year, new research suggests.

In a study of low-income Chicago families, researchers assessed how much parents knew about early brain development during pediatrician visits in the first week after birth and whether that might predict caregiving behaviors at nine months.

Parents who knew more about infant cognitive development in that first week were more sensitive to cues and responsive to their children when babies were 9 months old, researchers found.

Although new parents tended to focus on babies’ physical health and development in their questions to pediatricians during well-child visits in the first six months, the results highlight the importance of doctors’ “promoting parental knowledge about cognitive and language development,” to help them stimulate their babies brains as well, the study team writes in The Journal of Pediatrics.

“In the first few years of life, what is fundamentally building a child’s brain is the nurturing ‘serve-and-return’ between parent and baby - that rich, warm language of cooing back and forth,” said Dr. Dana Suskind, professor of surgery and pediatrics and co-director of the TMW Center for Early Learning and Public Health at the University of Chicago.

“We looked at whether parents realized their children were ready and open to warm, nurturing interactions from day one,” Suskind told Reuters Health in a phone interview.

At their first visit, one week after the child’s birth, parents were surveyed about their expectations for the milestones their child would meet in his or her first year of life, and what they thought of their own role in the child’s cognitive growth.

Then, when parents attended the nine-month visit, 173 of them participated in a test that involved their teaching their own infant to complete a five-minute task while researchers observed the parents interacting with their child.

At the first visit, the study team found, two-thirds of parents believed infants don’t learn much about language in the first six months of life.

At the nine-month visit, parents who had more knowledge in the first week about their baby’s brain development showed a higher quality of caregiving at nine months. While teaching their baby the task, they were more sensitive to the infant’s cues, more likely to communicate “in a warm and positive tone” and more likely to create opportunities for the infant’s growth and learning, the study team writes.

The researchers also found that pediatricians mainly provided guidance about feeding and weight in discussions with parents during well-child visits in the first six months. Topics such as how babies learn to talk and how their brains develop were least likely to be discussed, and 99% of the parents did not ask for this information.

“Parents have the right to know their baby’s brain is primed for learning from the moment they are first interacting, so they can help them,” said Aliza W. Pressman, co-founder of the Mount Sinai Parenting Center at the Icahn School of Medicine in New York City.

“Babies’ brains are experiencing massive growth in their first few years, with more than one million new neural connections per second,” Pressman, who wasn’t involved in the study, said by email.

Almost all parents want to do the best for their children, Pressman said. “Sometimes, the most well-intentioned parents may not have the information they need to support their baby’s brain development, and not helping parents in this way would be a failure on our part as health care providers.”

“We say parents are children’s first and most important teachers, yet so often, they are left scrambling to figure out what to do to best help their kids,” Suskind said.