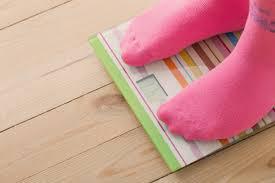 Children who participate in obesity treatment programs get a benefit over and above weight loss: they may also start seeing themselves more positively, a new study suggests.

Based on an analysis of data from 64 previous studies, researchers concluded that obesity treatment programs appeared to boost kids’ self-esteem and improve body image - and not just because the kids lost weight.

It might be tempting to assume that both of the psychological outcomes were tied to actual weight loss, but it’s more complicated than that, Gow said in an email.

“We did an analysis to try to determine what was driving these improvements,” Gow said. “For body image improvements, weight loss was one factor that played a role in leading to greater improvements. Other factors that could be playing a role include the support provided from service providers and improvements in diet quality.”

While weight loss was associated with improvements in body image, it didn’t appear to play a role in boosting self-esteem, even though the programs achieved significant weight loss, Gow said.

Data pooled from 49 studies that examined the impact of obesity treatment programs on self-esteem showed the improvements were lasting, Gow’s team reports in Pediatric Obesity.

Similarly, in the pooled analysis of the studies that looked at changes in body image, Gow and her colleagues found treatment programs appeared to improve body satisfaction and that persisted through the follow-up periods.

The new study may help alleviate concerns that obesity treatment programs might cause psychological harms, said Marsha Marcus, a professor of psychiatry and psychology at the University of Pittsburgh School of Medicine.

“The question of whether obesity interventions for children are entirely helpful or may have unintended harms associated with them is an important one,” Marcus, who was not involved in the new study said. “Some folks, especially those who focus on disordered eating, worry that any type of limiting of food intake can precipitate problems.”

Most of the literature to date has not confirmed that weight management has a negative effect on a variety of psychosocial issues, such as anxiety, depression and eating disorders, Marcus said.

The strength of the current research is that it systematically reviews all the literature on the questions of interest, Marcus said, adding that it also has drawbacks because it pools data from studies with a variety of interventions, investigators and places.

“(Still) it contributes to the literature, suggesting that, at least in the short and medium term, weight management does not have a deleterious effect on body image and self-esteem,” Marcus said. “Is it the final word? No.”