More children than ever before live as migrants or refugees, outside their birth countries – UNICEF 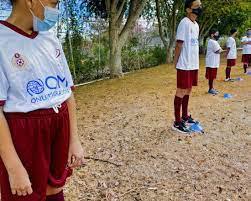 More girls and boys than ever are on the move, with 35.5 million having lived outside their country of birth in 2020 and an additional 23.3 million displaced internally, according to a new report by the UN Children’s Fund (UNICEF) published on Friday.

The report, Uncertain Pathways, found that over the course of the year, there were almost 15 million new displacements or 41,000 each day, and that boys outnumber girls.

Gender plays a pivotal role in a child's decision to leave home and continues to shape their experiences and vulnerabilities throughout their journey, the report revealed.

Today “close to 60 million girls and boys have migrated across borders or been forcibly displaced within their own countries”, said Verena Knaus, UNICEF’s Global Lead for Migration and Displacement, who was speaking in Geneva at the report launch.

She pointed out that the number jumped almost 10 million more than 2015, when UNICEF published the report Children Uprooted.

Ms. Knaus stated that while there is much policy debate over labels such as whether a child is a migrant or a refugee, “we know surprisingly little about how migration and flight is experienced differently by gender”.

“Gender skews certain migration routes and experiences”, she said, pointing out that in 2020, “nine in ten unaccompanied children seeking asylum in Europe were boys”, more than half of whom came from Afghanistan, Morocco and Syria.

She noted that Afghanistan is number one on the list of the top 10 countries of origin – with the largest number of unaccompanied children seeking asylum in Europe.

While we know that many more Afghan boys have migrated across borders than girls, the UNICEF official highlighted the gender imbalance.

“Where are the Afghan girls? Where and how can Afghan girls seek international protection, today and in the future?”, she said.

The report also describes how migration decision making is gendered.

Ms. Knaus said that girls and boys may be motivated to move for different reasons, “boys are often expected to assume the role of bread winner, while girls may migrate as a strategy to delay early marriage or conflict-related sexual violence”.

Migration-specific risks are also gendered with girls outnumbering boys by four to three as victims of trafficking for sexual exploitation, while boys are often trafficked for forced labour.

The report highlights how existing gender gaps in education are further exacerbated in humanitarian settings, with displaced girls more likely to be out of school than boys.

“In camp settings, girls are 2.5 times more likely to be out of school than boys”, said Ms. Knaus.

The report calls for Governments to address “blind spots'' through greater coordination and investment in gender-specific data, disaggregation and standardization.

It also urges a move away from one-size-fits-all approaches and to prioritize interventions that are tailored to gender-specific risks, needs and drivers of children on the move.

The response must not just be “gender-responsive but “gender transformative” to address the deeply ingrained inequalities between girls and boys when it comes to access to international protection and the opportunities that migration offers, the UNICEF official said.