How widespread is female genital mutilation in Britain? 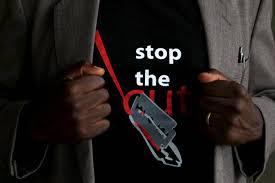 A London mother became the first person in Britain to be convicted of female genital mutilation on Friday - more than 30 years after the practice was outlawed.

The Ugandan mother could face up to 14 years in jail. Police said the case demonstrated FGM was happening in Britain “behind a cloak of secrecy”.

Here are some facts:

- An estimated 137,000 women and girls in England and Wales have undergone FGM.

- FGM affects immigrant communities in Britain from a swathe of African counties and pockets of Asia and the Middle East, including Somalia, Sierra Leone, Sudan, Egypt and Nigeria.

- The ancient ritual usually involves the partial or total removal of the external genitalia. In some cases the vaginal opening is sewn up. Other FGM procedures include nicking or pricking the clitoris.

- The health service recorded 9,886 new cases of FGM from 2016 to 2018. In almost all cases the FGM happened before the person’s arrival in Britain.

- FGM has been a criminal offense in the UK since 1985, but there have only been three prosecutions under the legislation.

- In 2003 it also became a criminal offense to take a child abroad for FGM.

- The maximum penalty for FGM is 14 years in prison.

- An FGM helpline run by Britain’s leading children’s charity has responded to over 2,100 contacts about FGM since 2013.

- Police hold operations at airports targeting flights to and from countries where FGM is prevalent. These often coincide with school summer holidays when it is thought girls are most likely to be taken abroad to be cut.

- Doctors, nurses, teachers and social workers are required to report to police any cases of FGM in girls they come across.

- Since 2015, courts have issued more than 290 FGM prevention orders to safeguard girls at risk. These allow authorities to confiscate the passports of people suspected of trying to take a girl abroad for FGM.

- Britain, which has vowed to end FGM in a generation, is also using its aid budget to help African nations end the practice.