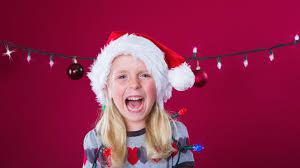 Every region in the world, except the Americas, is experiencing an increase in the number of cases of measles, a vaccine-preventable disease that can kill or disable children, the World Health Organization (WHO) said on Thursday.

The WHO’s Kate O’Brien put the blame on weak health systems and misinformation about vaccines, and called on social media outlets and communities to make sure information about preventing the highly contagious disease was accurate.

“We are backsliding, we are on the wrong track,” O’Brien, director of WHO’s department of immunization, vaccines and biologicals, told a news briefing.

“We have a worrying trend that all regions are experiencing an increase in measles except for the region of the Americas, which has seen a small decline.”

Nearly three times as many cases were reported from January to July this year than in the same period in 2018, the WHO said.

Nearly 365,000 cases have been reported globally this year, the highest figure since 2006, it said, noting that they represent only a fraction of the 6.7 million suspected cases. Measles caused an estimated 109,000 deaths in 2017, its most recent figures show.

Europe has also lost ground, with four countries stripped of their “measles-free” status in 2018 - Albania, Czech Republic, Greece and Britain, it said.

The WHO figures did not include a specific breakdown of numbers for the Americas region.

The United States has recorded 1,215 measles cases across 30 states in its worst outbreak since 1992, federal health officials said on Monday.

Health experts say the virus has spread among school-age children whose parents declined to give them the measles-mumps-rubella vaccine, which confers immunity to the disease.

Trust in vaccines - among the world’s most effective and widely used medical products - is highest in poorer countries but weaker in wealthier ones where scepticism has allowed outbreaks of diseases such as measles to persist, a global study found in June.

“We do see misinformation as an increasing threat,” O’Brien said. “We are calling on social media providers, communities, leaders, people who speak out, to be sure you are communicating accurate, valid, scientifically credible information.”

In the 53 countries of Europe, 90,000 measles cases were recorded in the first half of this year, already more than that for all of 2018, said Siddhartha Datta, from the WHO’s regional office for Europe.

Ukraine, which accounts for more than half of the cases, is implementing a robust response, he said. “The ministry of health is doing targeted immunization campaigns ... They are also doing school-based vaccination, high-risk vaccination of military recruits and health care workers.”