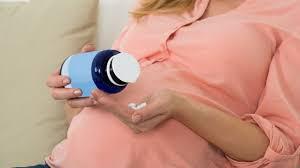 Having cereal and bread manufacturers add folic acid to their products may not be enough to help prevent certain birth defects, suggests a study from California.

Since 1998, the U.S. has required companies to add folic acid to cereal grains to prevent birth defects in the brain and spine. But the new study found that a decrease in these defects actually slowed after the regulation took effect.

By 1998, doctors had already been advising women for years to take folic acid supplements, which might explain the findings, said Dr. Irina Burd, an associate professor of gynecology and obstetrics and neurology at Johns Hopkins Medicine in Baltimore who was not involved in the study.

"We shouldn't be changing our behaviors or recommendations at all based on this study," said lead researcher Gary Shaw, of Stanford University in California.

"We don’t want any message to get out there that folic acid is a bad thing," Shaw told Reuters Health. Instead, he said, "we need to know more."

The 1998 mandate from the U.S. Food and Drug Administration calling for folic acid fortification of grains has been tied to a 36 percent reduction in neural tube defects, according to the Centers for Disease Control and Prevention.

But some have questioned whether fortification of grains was responsible for that change, or if it was partly due to an already falling rate of birth defects.

For the new study, the researchers looked at data from all live births and stillbirths in central California between 1989 and 2010.

Other types of congenital defects began to decline, however.

The researchers also found that cleft lips and cleft palates were increasing before fortification but started to decrease after fortification, according to a paper released May 18 by the journal Birth Defects Research Part A.

The study did not account for the fact that women of childbearing age were already being told to supplement with folic acid since the early 1990s, Burd told Reuters Health.

"I think it’s a great study when you look at 1999 to 2009 and you say fortification is working, but it’s harder to compare it to the earlier (years)," said Burd, who was not involved in the new study.

"It’s missing this history behind it," she said.

Shaw noted that other factors might have influenced the results. Rising obesity could explain a slower decrease in rates of spine and brain defects and a slower increase in gastroschisis, for example.

Additionally, the researchers didn't have data on birth defects among terminated pregnancies, which could skew the results.

"These kinds of studies, they don’t nail down the specifics," he said. "They nail down the grand overarching view of something as a signal to look here. It’s not saying anything is good or bad here."

Women should still follow the U.S. recommendations for folic acid, he said.

Currently, the U.S. Preventive Services Task Force advises women who are pregnant or capable of becoming pregnant to take a daily supplement containing 400 to 800 micrograms of folic acid.