Diabetes does not appear to affect children's test scores 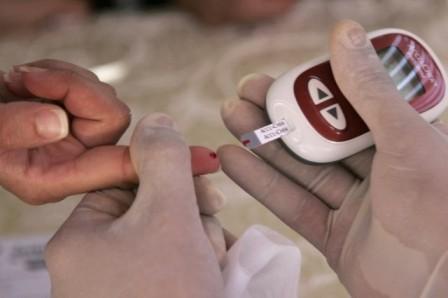 Kids living with type 1 diabetes are no different from their peers in their reading and math test scores, a Danish study suggests.

The less common form of diabetes, known as type 1, develops in childhood or young adulthood when the pancreas fails to produce the hormone insulin, which is needed for the body to convert blood sugar into energy.

Complications of type 1 diabetes - like dangerously high blood sugar, or dangerously low levels of sugar in the brain - have both been associated with cognitive problems. But not all studies have tied type 1 diabetes to worse academic performance, researchers note in JAMA.

For the current study, they examined average reading and math scores for more than 631,000 public school children in grades 2 through 8 in Denmark over five years. They found no meaningful differences in average test scores between the 2,031 kids with type 1 diabetes and the rest of the students in the study.

“Being a parent myself to a child with type 1 diabetes, I know there is a lot to worry about in diabetes,” said lead study author Niels Skipper of Aarhus University. “The take-home message here is that school performance should not be one of them, and that children with diabetes have the same opportunities for learning and education as their peers,” Skipper said by email.

Children in the study took standardized tests in reading and math that were scored from 0 to 100.

Students with type 1 diabetes had been living with the condition for an average of 4.5 years and roughly two-thirds of them used insulin pumps.

Test scores were below average, however, for diabetic students who had dangerously high blood sugar. In contrast, the students with diabetes without severely elevated blood sugar had average scores that were slightly above average.

This suggests that poor blood sugar control, and not just the diabetes diagnosis itself, are what may explain the potential for cognitive problems to develop with the disease, said Dr. Andrew Budson, chief of cognitive and behavioral neurology at the Veterans Affairs Boston Healthcare System and a researcher at Boston University School of Medicine.

Dangerously high blood sugar can increase the risk of strokes, and these episodes may in turn cause cognitive problems in people with diabetes, Budson, who wasn’t involved in the study, said by email.

The inference “is that an increase in strokes is the only reason that individuals with diabetes end up with problems with thinking and memory in middle or late life,” Budson said.

“Now individuals with diabetes of any age know exactly what they need to do to keep their memory as strong as possible: they need to keep their blood sugar under good control because that will reduce their risk of strokes,” Budson advised.

One limitation of the study is that students had not been living with diabetes for that long when they took their standardized tests, and it’s possible that academic performance might get worse over time, the study authors note.

It’s also possible that results in Denmark, where there’s high awareness of how to manage diabetes and government-funded healthcare, may not reflect what would happen elsewhere.