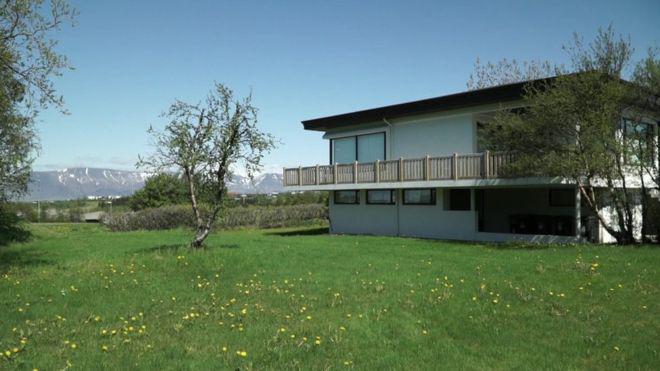 The children's commissioner for England will call for a radical rethink of the way children are interviewed in abuse cases, at a meeting later.

Anne Longfield says the current system can add to the trauma for children, with some facing hostile cross-examination by defence lawyers.

She wants to use "children's houses" - a system pioneered in Iceland - where complainants have a single interview.

She is due to meet with police and crime commissioners.

The children's house system, which is to be piloted in Greater London and County Durham, sees children testify to a trained psychotherapist while a judge, police, prosecution and defence lawyers watch via video link.

In Iceland, the single interview takes place in a children's house or "Barnahus", where it is used both by police to gather evidence, and prosecutors as witness testimony.

The house - one of which can be found in a quiet Reykjavik residential street - is where a child is taken within a week of an abuse allegation being made.

Bragi Gudbrandsson, the director of the Icelandic government's child protection agency, pioneered the Barnahus scheme, which began in 1998.

He said: "The basic idea is to ensure a child-friendly intervention in child sexual abuse cases with the aim of complying to the general principle of human rights.

"It's an environment that children are used to, familiar with, and is natural for them.

"So we are really conveying a message to children by the place we are taking them to."

Inside the house, a specially trained interviewer asks questions, while other parties watch via a video link.

Any questions they have are fed through an earpiece to the interviewer.

Lawyers for the accused have to put all their questions at this point.

Ólöf Ásta Farestveit, who runs the Reykjavik Barnahus, says one benefit of the system is that children need only recount their ordeal once.

"If the parents have been asking them maybe two or three times, they get tired of answering the same questions so they say sometimes 'Ask Ma, she knows everything'," said Ms Farestveit.

"So it's very important that you are not asking children the same questions again.

"They are very relieved when they know this is the only time they are going to talk about their abuse."

Another benefit of the system is that children can receive counselling at the Barnahus directly after testifying.

In England, a child might face cross-examination months later at a trial and would have to wait for therapy.

One Barnahus user who has benefited from the service is Daldis Magnusdottir, who said she would not have had the courage to testify against her attacker if she had been made to attend a police station aged 14.

The number of convictions for child abuse crimes in Iceland has risen from 49 between 1995 and 1997, before the introduction of the Barnahus, to 114 in the three years ending in 2014.

Officials from several UK government departments and the Crown Prosecution Service have visited the country to look at the system's effectiveness.

Maria Helgadottir, 21, who was assaulted by a man who gave her a lift at the age of 14, has much to thank the system for.

"I don't know where I would be today if it wasn't for Barnahus," she said.

"I think these places should be all over the world in every country. These interviews and therapies shouldn't be done anywhere else."