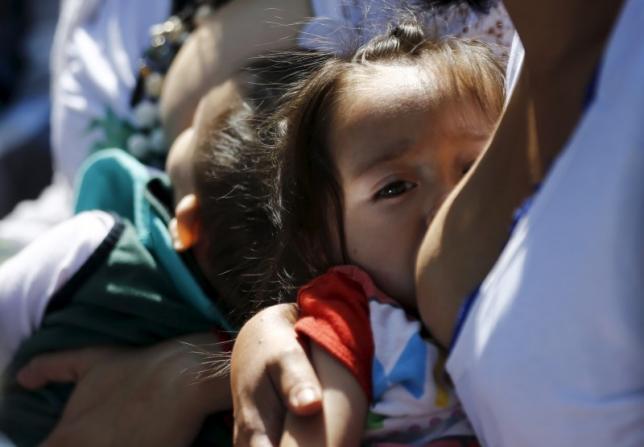 Working mothers may be more likely to breastfeed their babies for the recommended minimum of at least six months if they can work less than 20 hours a week, an Australian study suggests.

Researchers analyzed data on 2,300 mothers who worked before their babies arrived. By the time the infants were six months old, about 60 percent of mothers working no more than 19 hours a week were still breastfeeding some of the time.

“As long as mothers who return to work keep their working hours within 19 hours per week, they appear as likely as stay-at-home mothers to maintain predominant breastfeeding at 16 weeks and any breastfeeding at six months,” lead study author Ning Xiang, a researcher at the University of Queensland in Australia, said by email.

Mothers can benefit too, with longer periods of breastfeeding linked to lower risks of depression, bone deterioration and certain cancers.

To see how working influences breastfeeding, Xiang and colleagues reviewed survey data collected from about one year before babies were born until roughly one year after they arrived.

They excluded women who typically worked less than one day a week pre-baby and mothers who never started breastfeeding their infants.

When babies were born, the mothers were around 33 years old on average and about half of them had a university education.

Overall, 49 percent of the mothers said they primarily breastfed babies at four months of age. By six months, 58 percent were still giving infants at least some breast milk, researchers report in the journal Pediatrics.

One limitation of the study is its focus only on women employed before babies arrived, a group that may not have the same experiences as other mothers, the authors note. Researchers also relied on mothers to accurately recall how breastfeeding went in surveys done about a year after delivery.

Even so, the findings add to a substantial body of evidence linking more time at home with longer periods of breastfeeding, said Melanie Lutenbacher, a researcher at the Vanderbilt University School of Nursing in Nashville who wasn’t involved in the study.

“Breastfeeding is time consuming, often cumbersome for some employed women, and still not intentionally supported in many work sites,” Lutenbacher said by email.

“Less time at work provides more opportunity for a woman to continue her breastfeeding effort in her own personal space; more time at work means a greater need for work time, space and privacy to pump and then a place to store her milk,” Lutenbacher added.