What is child trafficking? 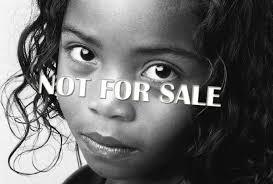 The UN Study on Violence Against Children estimates that 8.4 million children are employed in the worst forms of child labour, and of these, 1.2 million are victims of trafficking (UNVC, 2006: 243). In fact, the number of people involved in the trafficking trade is notoriously difficult to assess, partly due to of practical barriers to measuring an underground and illicit trade, but also because of difficulties in defining the term ‘trafficking’ and dissociating the practice from migration. Trafficking was first defined in international law by the ‘Palermo Protocol’, or, to give it its full title, the United Nations Protocol to Prevent, Suppress and Punish Trafficking in Persons, Especially Women and Children, which supplements the United Nations Convention against Transnational Organized Crime (2000).  Article 3 of the Protocol defines trafficking as:

"...the recruitment, transportation, transfer, harbouring or receipt of persons, by means of the threat or use of force or other forms of coercion, of abduction, of fraud, of deception, of the abuse of power or of a position of vulnerability or of the giving or receiving of payments or benefits to achieve the consent of a person having control over another person, for the purpose of exploitation."

States can sometimes confuse trafficking in children with the sale of children, prohibiting the former but not the latter. While these practices overlap, they are not the same. For example, a child can be trafficked without being sold, as traffickingrequires only the physical transfer of a child and needs neither a buyer nor a seller.

There are concerns about the link between trafficking in children and other forms of exploitation. According to ECPAT International, “all child victims of traffickingare made highly vulnerable to sexual abuse and exploitation because they are removed from familiar support structures, such as their families and communities.” With this in mind, there has been considerable attention paid to trafficking in both women and children for the purposes of sexual exploitation. Studies and initiatives have often focused specifically on sexual exploitation, although many have also addressed exploitation more broadly to include domestic work and other forms of labour, forced marriage, and adoption, among others.

In fact, children may be trafficked for a number of different reasons, including labour exploitation, domestic work, sexual exploitation, military conscription, marriage, illicit adoption, sport (for example, camel jockeys), begging and for their organs.

Article 35 of the Convention on the Rights of the Child requires that States Parties “take all appropriate national, bilateral and multilateral measures to prevent the abduction of, the sale of or trafficking in children for any purpose or in any form.”

‘Anti-trafficking’ and ‘human rights’ measures can be used by governments to adopt more restrictive approaches to migration in general. Stronger border controls actually render children more reliant on third parties, and therefore more vulnerable to rights violations associated with both migration and trafficking.  Talk of child trafficking has sometimes led to the reproduction of racist stereotypes. For example, Roma communities in Europe are often cited as both victims and perpetrators of child trafficking. As a Save the Children report notes: “The term “trafficking” is being used to blur all distinction between criminal activities, traditional practices and survival strategies on the part of communities that are already socially excluded” (O’Connell Davidson and Farrow, 2007: 36).

ECPAT argues that States must adopt effective anti-trafficking legislation that criminalises the traffickers rather than the victims. The organisation furthermore supports programmes that “address the root causes of child trafficking, develop measures for improved implementation of laws against child trafficking, and provide quality assistance to child victims.” Among other activities, the organisation also works with law enforcement on training activities, supports situational analysis studies and awareness raising campaigns.

O’Connell Davidson and Farrow (2007: 56) also list a number of ways in which child rights agencies may address the problems of trafficking and migration. Among them, they argue that:

Organisations, in recognising that “migration per se is not inherently bad for children”, should address policy that “value[s] people’s movement across borders independently of their social and economic status.”

Child rights organisations “should have a clear focus on the role of government in preventing, allowing or creating migratory conditions under which children are vulnerable to abuse and exploitation, while at the same time fully acknowledging children’s (including disadvantaged children’s) capacity for migratory agency.”

Whether for fundraising or other purposes, “[child rights] agencies should refrain from representing child migration and problems experienced by migrant children in ways that can be used to justify repressive political measures and contribute to the vulnerability of children and their relatives. Debate and campaigning materials on “child trafficking” provides a particularly clear example of the danger. Through constant emphasis on the passivity and “innocence” of children affected, and the representation of “trafficking” as a phenomenon involving thousands of young children being forcibly transported across borders by mafia thugs into a condition of sexual slavery, discourse on “childtrafficking” has detached the problem from the broader context of migration in which it is set and framed it as a problem of “organised crime”.”