Violence Against Children at work 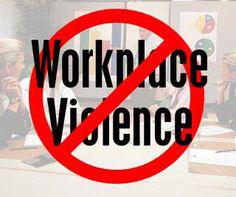 What do we mean by violence at work?

The UN Study on Violence Against Children (2006) devotes a 52-page chapter to violence at work. It begins with the statement: “Of all the settings where children are exposed to violence, the workplace is among the most difficult to address….over 200 million children and adolescents do work, at ages both below and above the minimum legal age, and many suffer ill-treatment, physical and psychological violence, verbal or sexual abuse” (UNVC 2006: 233). Furthermore, argues the report, violence is generally a neglected aspect of child labour, whether that labour is legal (i.e. the child is above the minimum legal working age) or illegal.

In general, concern about workplace violence has focused firstly on adults, and secondly on physical violence. According to the UN Study (UNVC 2006: 242), “only recently has the analytical perspective been extended to embrace verbal, psychological and sexual violence, including sexual harassment, bullying or mobbing (ganging-up on and intimidating another worker).” The Study states that the most common forms of violence against children in the workplace are:

Article 32 of the Convention on the Rights of the Child stipulates that “States Parties recognise the right of the child to be protected from economic exploitation and from performing any work that is likely to be hazardous or to interfere with the child's education, or to be harmful to the child's health or physical, mental, spiritual, moral or social development.”

ILO Convention No. 182, adopted in 1999, concerns the Worst Forms of Child Labour, and targets the most hazardous and exploitative situations in which children are found. The Convention strengthened the international legal framework by focusing more widely than on the minimum age of employment.

The Palermo Protocol on the trafficking of persons, especially women and children(2000) and the Optional Protocol to the CRC on the sale of children, child prostitution and child pornography (2000) also concern violence against children in situations of economic activity in situations where children should not be employed.

While “the most obvious response to violence against children in the workplace is to remove them from it”, this may not be an easy option.  Programmes to remove children from violent workplaces “have to ensure that the reasons they are there – economic, social and cultural – are simultaneously addressed, or they will simply return to them” (UNVC, 2006: 233).