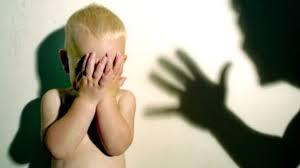 Article 19 of the Convention on the Rights of the Child states that:

"States Parties shall take all appropriate legislative, administrative, social and educational measures to protect the child from all forms of physical or mental violence, injury or abuse, neglect or negligent treatment, maltreatment or exploitation, including sexual abuse, while in the care of parent(s), legal guardian(s) or any other person who has the care of the child."

The UN Study on Violence Against Children (2006) suggests that forms of cruel or degrading punishment, not involving physical violence, have been much less studied than those involving physical acts. The Children’s Consultations informing the Study revealed that “other forms of humiliation are very much on the minds of children and lodged in the minds of many adults with painful memories of how they or their classmates were humiliated by the words and actions of school heads and teachers”.

A common form of psychological punishment is the use of public humiliation. For example, publicly shaving a woman’s head may not only humiliate her in front of those who witness the act, it will also take time to grow back, thus serving as a continual reminder of her punishment and her humiliation.

There is relatively little research on psychological punishment, although one report found that in most countries in the Pacific, mockery, ridicule and public humiliation are common methods of discipline for girls and boys.

Both physical and psychological punishment and abuse should be prohibited by national legislation. Article 19 of the CRC states that the ‘protective measures’ taken by the State should include:

"effective procedures for the establishment of social programmes to provide necessary support for the child and for those who have the care of the child, as well as for other forms of prevention and for identification, reporting, referral, investigation, treatment and follow-up of instances of child maltreatment described heretofore, and, as appropriate, for judicial involvement."

The website of the Global Initiative to End All Corporal Punishment of Children has a list of resources providing information about positive discipline.