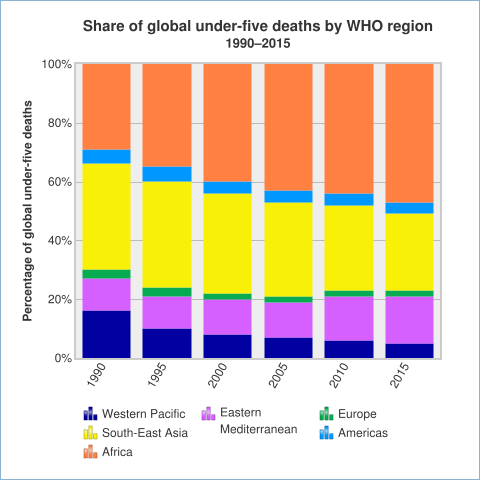 With the end of the MDG era, the international community is in the process of agreeing on a new framework – the Sustainable Development Goals (SDGs) where the target is to end preventable deaths of newborns and children under 5 years of age. The proposal is for all countries aiming reduce under-five mortality to at least as low as 25 per 1000 live births. Currently, 79 countries have an under-five mortality rate above 25, and 47 of them will not meet the proposed SDG target of 25 deaths per 1000 live births by 2030 if they continue their current trends in reducing under-five mortality.