Suicide in Children — What Every Parent Must Know 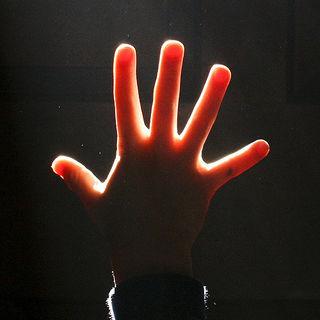 The death of a child is always heart breaking and horribly, horribly wrong. But when a child dies by suicide, it brings a whole different level of grief, pain, and anguished bewilderment to those who cared about the child.

Fortunately, suicide in children is very rare. According to the Centers for Disease Control and Prevention, less than 2 out of every one million children ages 5 to 11 will die by suicide. The rate among adolescents (ages 12-17) is about 52 per million. On average, about 33 children under 12 kill themselves each year in the US.

Children’s understanding of suicide and death

Do kids even know what suicide is? Yes, they do—at a surprisingly young age. Brian Mishara interviewed 65 elementary school children (grades 1-5, ages 6-12), to see what they understand about death and suicide. Only one first grader (older than average for his grade) was familiar with the word “suicide,” but almost all knew what “killing oneself” meant.

By third grade, all but one child understood the word “suicide”—they’d talked about it with peers or seen it on TV or overheard adults talking about it. All of the kids who knew about killing oneself or suicide were also able to describe one or more ways of doing it.

Mishara’s interviews showed that children’s understanding of death and suicide increased with age. Most first graders at least knew that dead people can’t come back to life and all second graders understood that everyone dies eventually. On the other hand many of the kids in Mishara’s study were a bit murky about the details of death. For instance, two out of three first graders and one out of five of fifth graders believed that dead people can see and hear.

New research shows similarities in suicides of children and adolescents

A new study by Arielle Sheftall at The Research Institute at Nationwide Children’s Hospital and her colleagues looked at national data on children (ages 5 to 11) and young adolescents (ages 12 to 14) who died from suicide between the years 2003 and 2012. They found some important similarities and differences comparing these two groups. Let’s look first at the similarities.

In both groups, relationship problems were linked to suicide: 60% of the children who died from suicide and 46% of the young adolescents had problems with friends or family members. School problems and recent crises were other common triggers (each present in between 30-40% of cases for both children and adolescents).

Sheftall and her colleagues also found some striking differences related to race and mental illness between the two age groups who had died from suicide.

Other research from The Research Institute at Nationwide Children’s Hospital scientists found that the rate of suicide among black children has increased, while the rate among white children has decreased. They compared child suicide rates in two four-year time periods, one starting in 1993, and the other starting in 2008. For black children, the suicide rate increased from 1.36 to 2.54 per million, while for white children it dropped from 1.14 to 0.77 per million. We don’t know why.

About one-third of both children and adolescents who died by suicide had mental health problems, but the two age groups differed in the type of disorder that was most prevalent. For the young children who died from suicide and had mental health issues, Attention Deficit Disorder was almost twice as common as Depression/Dysthymia (59% ADD/ADHD vs. 33% depression), but among the older kids, depression was about twice as common as ADHD (29% ADHD vs. 66% depression).

But did they really mean to die?

Abby Ridge Anderson at The Catholic University of America and her colleagues note their clinical impression that children who are preoccupied with suicidal thoughts “do not so much crave the termination of their biological existence as much as a desire for control, empathy, acceptance, recognition, validation, and the prompt interpersonal responsiveness of key people in the child’s life.” In other words, they desperately want things to be better, but they can’t come up with more effective ways to handle their problems or lessen their distress, so suicide looms as an appealing option.

Ridge Anderson suggests that there may be two subtypes of suicidal children: One subtype feels depressed, hopeless, worthless, and unable to enjoy themselves; the other is more aggressive, irritable, disruptive, sensation-seeking, and impulsive. This latter subtype seems to be more common among young children than early adolescents.

The murky understanding of death, the relationship problems, the prevalence of ADHD, and the wish for control…together these paint a picture suggesting that, at least in some cases, children experience a stressful interaction, feel extremely distressed but don’t know how to cope, and then impulsively act to hurt themselves, perhaps not really expecting to die.

What parents can do to prevent suicide in children

On the other hand, if children mention wanting to die or hurt themselves, it’s important to take this seriously and respond in a thoughtful manner. A child who is preoccupied with thoughts of suicide and dying is suffering and urgently needs help.

Given that most kids have heard about suicide by age 8 or 9, it’s worth bringing up the topic with all children, to understand what they’ve heard, read, or seen on TV about suicide. This can give you the chance to correct misunderstandings and to explain that suicide is a permanent answer to temporary problems, and it's never a good answer. Emphasize how precious your child is to you and that you will always be willing to help, no matter what the problem is.

Spend enjoyable time together and get to know your child’s friends and what’s happening at school or in the neighborhood. If you notice changes in your child’s personality or behavior such as withdrawing from friends or losing interest in previously enjoyed activities, if your child seems very distressed or has been unhappy for weeks or months, and especially if your child also tends to be impulsive, ask questions to try to understand what’s going on and what your child is thinking and feeling.

For most adults, it’s very hard to ask a kid about suicide, because we’re horrified at the idea that a child might think about such a terrible thing. But asking questions could save a child’s life.

Experts on suicide unanimously emphasize the importance of asking about suicidal thoughts or actions as an important step towards prevention. This doesn’t “put ideas” in kids’ heads, but it could give them an important opening to ask for help. For instance, you could ask, “Have things ever gotten so bad that you’ve thought about hurting yourself?” or “Have you ever wished you were dead?” or “Have you ever wanted to go to sleep and never wake up?” or even “Sometimes when kids feel very upset, they think about killing themselves. Has that ever happened to you?”

If your child’s answers give you cause for concern, or if you just have a sense that things aren’t right, get help. It’s better to err on the side of caution. Depending on the urgency of the situation, you could call 911 or go to the nearest emergency room, call the National Suicide Prevention Lifeline at 1-800-273-TALK (8255), or call your child’s pediatrician to ask for a referral to a mental health professional.

If you’ve lost a child through suicide

If you have lost a child through suicide, no words can ease your anguish, but know that you are not alone. Get support from friends, family, your community, a mental health professional, and/or an online support group such as Parents of Suicides (PoS). Suicide is never anyone's fault. Even as you miss your child and grieve for your child’s lost future, try to find some comfort by honoring your memories of your child’s life.