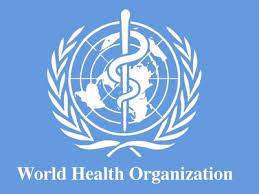 Female genital mutilation (FGM) describes all procedures that involve the partial or total removal of external genitalia or other injury to the female genital organs for non-medical reasons. FGM has no health benefits, can cause grave harm, and violates the rights of girls and women. Procedures can cause severe bleeding, problems urinating, and later cysts, infections, and death. FGM can also result in complications in childbirth and increased risk of newborn deaths.

International migration has now made the practice, prevalent in 30 countries in Africa and in a few countries in Asia and the Middle East, a global health issue.

The need for health care

Health workers across the world now need to be prepared to provide care to girls and women who have undergone FGM. But, health workers are often unaware of the many negative health consequences of FGM and many remain inadequately trained to recognize and treat them properly. As a result, many women may suffer needlessly from physical and mental health consequences due to FGM.

“Health workers have a crucial role in helping address this global health issue. They must know how to recognize and tackle health complications of FGM,” says Dr Flavia Bustreo, WHO Assistant Director General. “Access to the right information and good training can help prevent new cases and ensure that the millions of women who have undergone FGM get the help they need.”

Since 1997, there have been growing international efforts to stop FGM. These include research, work within communities, revised legal frameworks and growing political support to end the practice, as well as international monitoring bodies and resolutions that condemn it. In 2007, the United Nations Population Fund (UNFPA) and the United Nations Children’s Fund (UNICEF) initiated the Joint Programme on Female Genital Mutilation/Cutting to accelerate the abandonment of the practice.

The WHO guidelines build and contribute to these efforts, underlining the recognition that action must be taken across sectors to stop the practice and help those who are living with its consequences.

The recommendations focus on preventing and treating obstetric complications; treatment for depression and anxiety disorders; attention to female sexual health such as counselling, and the provision of information and education.

The guidelines also warn against the so called “medicalization” of FGM, for example when parents ask health providers to conduct FGM because they think it will be less harmful.

“It is critical that health workers do not themselves unwittingly perpetuate this harmful practice,” adds Dr Lale Say, WHO Coordinator, Department of Reproductive Health and Research at WHO.

In 2010, WHO published a "Global strategy to stop health-care providers from performing female genital mutilation" in collaboration with the UNFPA and UNICEF Joint Programme on Female Genital Mutilation/Cutting and other partners.

One fundamental measure to prevent medicalization of FGM is the creation of protocols, manuals and guidelines for health providers. These include what to do when faced with requests from parents or family members to perform FGM on girls, or requests from women to perform re-infibulation after delivery.

The guidelines also highlight the need for more research to improve evidence-based practice, so that health workers can better manage the complications arising from FGM, and the health community is better informed about the associated health risks, which also can contribute to effectively work towards the elimination of this harmful practice.