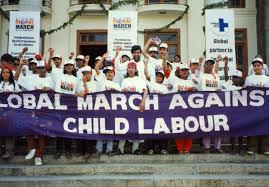 Not all working children perform activities that can be defined as child labour; yet there is a dominant view that all child work is somehow problematic. Children should indeed be protected from labour activities that are exploitative, harmful to their physical and mental development, and are an affront to their dignity. But in countries where it is a given that children will work, and where the economic conditions which push children to work in the first place are expected to last, is a blanket ban the best option for upholding children’s interests? How can States reduce the risk of abuse and exploitation of working children? And what benefits would formalising and regulating children’s labour activities have?

On the occasion of the World Day against Child Labour on 12 June, we reflect on these questions.

A point on prohibition

The case for eradicating labour performed by children is a no-brainer. Simply put, it is both a cause and consequence of poverty. It is most prevalent in developing countries, particularly in rural areas, where extreme poverty, lack of job opportunities for adults, and poor access to schools perpetuate the need for families to send children to work. Gender, caste and ethnicity are also factors that make child labour more common among certain population groups, as entrenched discrimination on these grounds determines education and employment opportunities. With regard to education, if children are working it is likely that this will somehow interfere with their schooling or vocational training - a means of acquiring qualifications and skills that enables upward social mobility in adulthood through employment in skilled labour. A population that is uneducated, unqualified, and low paid will not lift a country from underdevelopment; instead, it will repeat the vicious cycle of poverty.

The abolitionist movement therefore seeks a blanket removal of all children under the age of 15 (or 14 in developing countries) from all salaried occupations - a standard set by the International Labour Organization (ILO). This approach is grounded not only in ensuring a country’s development; but in guaranteeing children’s rights are respected. Precisely from a rights-based perspective, labour performed by children affects a number of their rights, most notably the right to health and protection from abuse and exploitation when the form of labour is mentally or physically dangerous to a child, and the right to education when the work prevents them from attending school or compels them to drop out.

The role of education in eradicating child labour should not be underestimated. Activists suggest using the right to education and stronger domestic laws for its implementation as a way of fighting child labour. Introducing free basic education, ensuring schools are within a reasonable distance from home, and offering sufficient subsidies to families of limited resources are some of the options to encourage parents to send their children to school, rather than work.

Development practitioners generally argue that national economic development will eventually remove the causes of child labour (despite the contrary opinion that growth actually increases the demand for child workers). But in countries where poor economic conditions which push children to work in the first place are expected to continue, is a blanket ban the best way to advance children’s interests? Prohibition should indeed target activities that affect children’s health and personal development; but imposing an outright ban on all child work leaves open the possibility that children will only go back to performing the same labour activities, and risk becoming part of the illegal economy where abuse and exploitation are most prevalent. This consideration calls for a more nuanced approach to protecting children’s rights in the context of child labour.

A call for regulation and labour rights

Some commentators argue that in countries where it is a given that children will work it is more beneficial for them if governments formalise and regulate their labour activities in order to grant them the same labour and rights protections as their adult counterparts. Of course, this approach should exclude labour activities that are dangerous, harmful or hazardous or interfere with their development. But when a country’s circumstances mean that today’s working children will continue to work with or without labour protections, it represents an interim measure before more structural changes come about.

A key example of this approach can be found in Bolivia, where there are an estimated 850,000 working children of all ages, 60 percent of whom are under 14 years old. In 2014, the State overturned its no-exceptions ban on labour performed by under-14s, enacting in its place legal guarantees for working children from the age of 10. Critics of the previous law said it did not reflect the economic reality of families in the country, with children starting work at a much younger age. The new Code for Children and Adolescents accordingly sets out rules for two groups of working children. The first keeps 14 as the minimum working age for children in third-party employment and stipulates that their salaries be no lower than the national minimum wage, and that their working day must not exceed six hours to leave time for study. It then allows for the exception of 12- and 13-year-olds to be employed by others with prior approval from the office of the children's ombudsperson through a needs assessment. The second set of rules applies to children who are self-employed, with the minimum age being lowered in such cases to 10 years. For these children to work legally, however, the office of the children's ombudsperson must first verify that the request to work is a voluntary decision from the child and includes consent from the parent or guardian, and that the nature of the work is not hazardous to the health and development of a child and does not interfere with their schooling.

Bolivia’s law, however, drew more criticism than praise. UNICEF says the law breaches international conventions on child labour and will drive poverty and school dropout rates. Likewise, Human Rights Watch said it is counter-productive and may perpetuate poverty. Anti-Slavery International said it represents the “abandonment of a child's right to a childhood”. And the ILO says that the new minimum ages must be increased to conform to the standards set by ILO Convention 138 on the Minimum Age (1973) – ratified by Bolivia in 1997. The ILO also raised concern over how the new law makes exceptions to children carrying out certain activities, including work it defines as hazardous, such as fishing, agriculture, livestock breeding and masonry, so long as it is carried out in the family sphere. The dominant opinion is that legalising child employment relieves a State of its child protection obligation, and could lead to a greater social acceptance of child labour, making it harder to eradicate.

Supporters of the bill, on the other hand, say it responds to the country’s reality that poor families have little choice but to send their children to work to supplement family incomes. And that rather than diminishing respect for children’s rights, the new rules set new standards for children’s rights, committing Bolivia to new obligations that come out of granting labour protections to child workers, while still recognising them as children with special rights such as the right to education and development.

The views of working children

With any policy that directly affects children, the ideal is that children’s opinions and their right to be heard be respected - even if in practice this rarely happens. Indeed, speaking in the name of children yet ignoring what they have to say themselves is what one commentator called a “morally questionable contradiction”. Bolivia’s child labour law is pioneering in this respect, as it came about largely thanks to the lobbying efforts and input of working children themselves. Members of the country’s largest union of child workers, UNATSBO, had for years been pressing the Bolivian government to have their rights as workers legally recognised, arguing that regulation and labour protection are more useful for child workers and their families than blanket bans. And despite taking the more radical approach of wanting to abolish a minimum age for self-employment - which they said restricts their ability to help their families survive day to day - representatives of the union say they are pleased with the reforms, as they will make child workers visible and protect them against exploitation.

On UNATSBO’s role in the drafting of Bolivia’s child labour law, supporters of the bill say that it allowed for recognition of children’s agency and the right to influence policies that will impact them and decide for themselves what is in their own best interests. The wider impact of this participation even has the potential to produce a systemic shift in how society views and treats children. “Perceptions of a person’s status are fundamental to how we treat that person”, according to Open Democracy writer Neil Howard, who believes that “declaring that young people are capable not only of working and organising, but of making a valuable and necessary contribution to their families and their society, [Bolivia’s President] Evo Morales is demanding that Bolivian society do likewise. It must respect these young workers as people, and treat them accordingly.”

A rights-based approach to child labour

Despite the advances of Bolivia’s child labour code, child employment is not unproblematic, and legalising it is not an automatic assurance of children’s interests. Indeed, there has been much criticism, for example, of India’s proposal to legalise work by under-14s in family enterprises with the apparently exclusive aim of “alleviating poverty”, which came at the same time as the government made severe budget cuts to welfare and education. Nevertheless, the labour situation in countries like Bolivia and India call for nuanced policies that protect as far as possible the full scope of children’s rights and interests. And this is particularly important in light of the fact that many child workers will work with or without labour protections. As one Bolivian child worker explained: "We are not calling for children of 10 or 12 to work. We are calling for protection for children, who do work, and for their contribution to be recognised."