Final report of the Commission on Ending Childhood Obesity 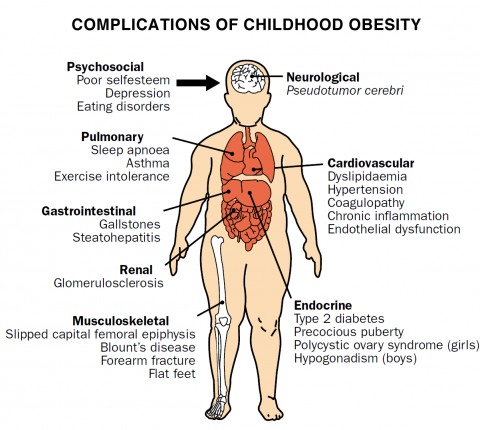 The Commission on Ending Childhood Obesity (ECHO) presented its final report to the WHO Director-General on january 2016, culminating a two-year process to address the alarming levels of childhood obesity and overweight globally.

“Increased political commitment is needed to tackle the global challenge of childhood overweight and obesity,” says Sir Peter Gluckman, Commission co-chair. "WHO needs to work with governments to implement a wide range of measures that address the environmental causes of obesity and overweight, and help give children the healthy start to life they deserve."

Fellow Commission co-chair, Dr Sania Nishtar, adds: "Overweight and obesity impact on a child’s quality of life, as they face a wide range of barriers, including physical, psychological and health consequences. We know that obesity can impact on educational attainment too and this, combined with the likelihood that they will remain obese into adulthood, poses major health and economic consequences for them, their families and society as a whole."

According to the report, many children are growing up today in environments encouraging weight gain and obesity. Driven by globalization and urbanization, exposure to unhealthy (obesogneic) environments is increasing in high-, middle- and low-income countries and across all socioeconomic groups. The marketing of unhealthy foods and non-alcoholic beverages was identified as a major factor in the increase in numbers of children being overweight and obese, particularly in the developing world.

Overweight prevalence among children aged under 5 years has risen between 1990 and 2014, from 4.8% to 6.1%, with numbers of affected children rising from 31 million to 41 million during that time. The number of overweight children in lower middle-income countries has more than doubled over that period, from 7.5 million to 15.5 million.

The ECHO Report has 6 main recommendations for governments

Integrate and strengthen guidance for the prevention of noncommunicable diseases (NCDs) with current guidance on preconception and antenatal care (to reduce risk of childhood obesity by preventing low or high birth weight, prematurity and other complications in pregnancy).

Implement comprehensive programmes that promote healthy school environments, health and nutrition literacy and physical activity among school-age children and adolescents (by establishing standards for school meals; eliminating the sale of unhealthy foods and drinks and; including health and nutrition and quality physical education in the core curriculum);

The ECHO findings urge WHO to institutionalize, throughout the Organization, a cross-cutting and life-course approach to ending childhood obesity. The report also identifies a range of actions to be undertaken by other players, calling for nongovernmental organizations to raise the profile of childhood obesity and advocate for improvements in the environment, and for the private sector to support the production and improved access to foods and beverages that contribute to a healthy diet.