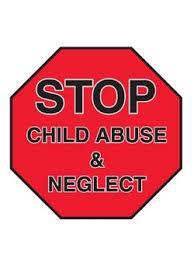 -  States Parties shall take all appropriate legislative, administrative, social and educational measures to protect the child from all forms of physical or mental violence, injury or abuse, neglect or negligent treatment, maltreatment or exploitation, including sexual abuse, while in the care of parent(s), legal guardian(s) or any other person who has the care of the child.

-  Such protective measures should, as appropriate, include effective procedures for the establishment of social programmes to provide necessary support for the child and for those who have the care of the child, as well as for other forms of prevention and for identification, reporting, referral, investigation, treatment and follow-up of instances of child maltreatment described heretofore, and, as appropriate, for judicial involvement.​

What does article 19 say?

Article 19 addresses violence against children. It emphasises that State Parties must have proper laws in place to prohibit violence, but it also requires States to implement administrative, social and educational measures to protect children. All forms of violence, both physical and mental, fall under article 19.

Paragraph 2 outlines the protective measures that a State Party is required to undertake, including the establishment of social programmes and mechanisms for addressing cases of child maltreatment.

In order for article 19 to be fulfilled, other Convention rights must also be respected. These include, but are not limited to, the right be heard (article 12), the right for children in vulnerable situations to be specially protected (articles 20, 22 and 23), the right to health (article 24), the right to be protected from dangerous work (article 32) and the right to be free from sexual and other forms of exploitation (articles 34, 35 and 36). Article 37 (torture and ill treatment) is also particularly relevant.

Why is this right important?

Violence against children is widespread and extremely damaging. The UN Study on Violence Against Children(UNVC), conducted in 2006, found worrying incidences of violence in almost all countries of the world. This included kicking, biting, choking and beating by parents (UNVC, 2006: 52).

However, in many States laws are non-existent or inadequate. For example, according to the Global Initiative to End All Corporal Punishment of Children, laws currently in force do not fully prohibit corporal punishment in any setting in 26 States (figures from 2012), while  In 41 States corporal punishment (caning, flogging, whipping) is lawful as a sentence for crime under state, religious and/or traditional systems of justice.

What are the problems?

Much violence is hidden within the private realm of the family, or within the confines of schools, prisons, care homes and other institutions. State Parties have a duty to prevent such harms, to investigate cases of violence and hold those responsible to account.

The hidden nature of much violence means that it can be extremely difficult to discover and address. Cultural norms and expectations are also implicated in the prevalence of violence against children. For example, in many countries children are still considered to be the property of parents, and corporal punishment is often thought to be in the ‘best interests’ of children even though all the evidence suggests otherwise.

The UN Study on Violence Against Children notes that while there may be no outwardly visible sign of injury, “in all instances...physical violence has a negative impact on a child’s psychological health and development”. People who were physically abused as children may have problems with personal relationships and they may be more likely to treat their own children abusively on-physical violence has been the subject of much less research. Non-physical punishments considered cruel and degrading, and incompatible with the Convention on the Rights of the Child, include, for example, punishment which belittles, humiliates, denigrates, scapegoats, threatens, scares or ridicules the child. Such punishments may be carried out in the family, or in institutions such as schools. Psychological punishments that are particularly cruel or severe may be considered psychological torture.

What should States do about it?

The UN Study on Violence against Children ended with 12 key recommendations. These included:  Strengthen national and local commitment and action; promote non-violent values and awareness-raising; enhance the capacity of all who work with and for children; provide recovery and social reintegration services; and ensure participation of children.

The Committee on the Rights of the Child has issued a General Comment on the subject of violence against children. Among other points, the General Comment stipulates that a child rights-based approach to protection from violence means understanding children as rights-bearing individuals and not just ‘victims’.

This includes the realisation, therefore, that children’s participation in decision-making is fundamental to protection from violence.

The General Comment also notes that the principle of the rule of law should apply fully to children as it does to adults, and this includes the right to be free from all forms of corporal punishment.