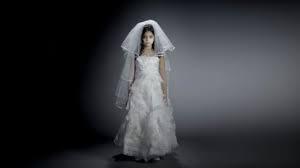 The prevalence of child marriage (defined as marriage before age 18) in Lebanon, from 2003-2013, is estimated to be 6.1 per cent[1]. However, with the influx of Syrian refugees, this number is likely much higher, with some reports indicating that as many as 50 per cent of Syrian refugees marry before the age of 18[2].

The CEDAW and CRC Committees has repeatedly called upon Lebanon to adopt a unified personal status law ensuring that a legal age for marriage, the right to full consent and choice of spouse are in line with international legal standards.[4]

The National Commission for Lebanese Women developed a strategy on women (2011-2021), which includes areas of intervention on legislation, health, education and violence against women. The Commission also developed an action plan on the advancement of women (2013-2016). [5] The Higher Council for Childhood, supervised by the Ministry of Social Affairs, is the main body concerned with legislation, awareness-raising, and training on the rights of the child. There are numerous strategies for children including on education and protection from violence, but no comprehensive action plan for children.[6] Lebanon also adopted law 164 on trafficking in persons in 2011; however there exists no action plan to combat trafficking.[7]

[2] UN Women (2013) “Gender-based Violence and Child Protection among Syrian refugees in Jordan, with a focus on Early Marriage”. Accessed at http://www.unwomen.org/~/media/Headquarters/Attachments/Sections/Library/Publications/2013/7/Report-web%20pdf.pdf. Page 27