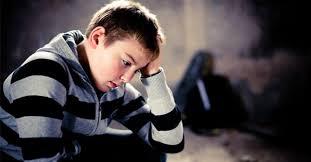 Compiled by Ark of Hope for Children these child abuse statistics have been gathered to show the need for programs like our Don't Stand Alone - Stop Bulling program.  If you are a target of bullying right now, or have been and still feel the pain, join us on Removing Chains live chat survivor support. Don't Stand Alone!
We recognize that, in recent years, a series of bullying-related suicides in the US and across the globe have drawn attention to the connection between bullying and suicide. Too many adults still see bullying as "just part of being a kid." It is a serious problem that leads to many negative effects for victims, including suicide. Research is showing that there is also a link between being a bully and committing suicide.

Some schools or regions seem to have more serious problems with bullying, and suicide related to bullying. This may be due to an excessive problem with bullying at the school. Unsympathetic apathy among teachers, staff and parents at those schools definitely has had a negative effect.

Bullying can take many forms but it usually includes the following types of behavior;

Damage to or taking someone else's belongings

Indirect: spreading nasty stories about someone, exclusion from social groups, being made the subject of malicious rumors, sending abusive mail, email and text messages (cyber bullying)

Any type of bullying that is carried out by electronic medium. There are 7 types including;

282,000 students are physically attacked in secondary schools each month

Students in lower grades report being in twice as many fights as those in higher grades. However..

90% of 4th through 8th graders report being victims of bullying

In a 2007 study, 86% of LGBT students said that they had experienced harassment at school during the previous year. (Gay, Lesbian and Straight Education Network -- GLSEN)

Research indicates that LGB youth may be more likely to think about and attempt suicide than heterosexual teens. (GLSEN)

In a 2005 survey, students said their peers were most often bullied because of their appearance, but the next top reason was because of actual or perceived sexual orientation and gender expression. ("From Teasing to Torment: School Climate of America" -- GLSEN and Harris Interactive)

According to the Gay, Lesbian and Straight Education Network 2007 National School Climate Survey of more than 6,000 students;

About a quarter (22.1 percent) reported being physically assaulted

Nearly two-thirds (60.8 percent) who experienced harassment or assault never reported the incident to the school

Of those who did report the incident, nearly one-third (31.1 percent) said the school staff did nothing in response

86% of students said, other kids picking on them, making fun of or bullying them makes teens to turn to lethal violence in the schools

Among students, homicide perpetrators were more than twice as likely as homicide victims to have been bullied by peers

Suicide is the third leading cause of death among young people- about 4,400 per year

14+% high school students have considered suicide, and almost 7 % have attempted it

Bully-related suicide can be connected to any type of bullying, including;

Suicide rates among 10 to 14-year-olds have grown more than 50 percent over the last three decades. (The American Association of Suicidology, AAS)

Consider the following bullying statistics that Ark of Hope for Children has been able to gather;

Suicide remains among the leading causes of death of children under 14. And in most cases, the young people die from hanging. (AAS)

The suicide rate among young male adults in Massachusetts rose 28 percent in 2007. (Massachusetts Dept. of Public Health, in a report released April 8, 2009)

A new review of studies from 13 countries found signs of an apparent connection between bullying, being bullied, and suicide. (Yale School of Medicine)

Source: Ark of Hope for Children